Actor and director Bev Land is married and a father of three.

Bev Land is currently married to his wife Dania Ramirez. Ramirez is a popular actress recognized for portraying a number of iconic characters. The couple dated for a while before getting engaged in September of 2011.

Almost two years later, on the 16th of February 2013, they got married on the beach in Punta Cana, Dominican Republic.

Bev and Dania also welcomed their children in the same year. On December 17, 2013, Dania gave birth to fraternal twins, a son named John and a daughter Gaia. Aside from the twins, Bev also has another son Kai Miles Land from a previous marriage.

Bev’s previous marriage was with actress and singer Sharon Leal. The two welcomed Kai into this world on the 13th of September, 2001. And though Bev and Sharon had been in a relationship for a while but got married about a month after Kai was born.

The two spent a lot of years together but things didn’t work out in the end and they got divorced in 2009. 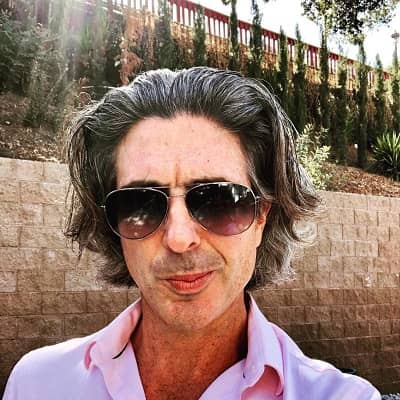 Who is Bev Land?

Bev Land is a popular American actor, director, and celebrity husband. He is best known as the loving husband of popular actress Dania Ramirez.

Bev Land’s real name is John Beverly Amos Land. He is also quite private and hasn’t even revealed his date of birth or age as of now. Still, he has shared that his nationality is American and his ethnicity is Caucasian.

Bev has also not revealed much about his parents, not even their names. And though most of his childhood is a mystery, we know that he is a single child without any siblings. He also shared that he grew up in the U.S.

Land has also not revealed anything regarding his education. While he does look well educated, his educational background and exact qualifications are a mystery.

Bev is best known in the entertainment industry as the current husband of actress Dania Ramirez and the ex-husband of Sharon Leal. But many don’t know that he has also worked in the film and TV industry as both an actor and a director.

He has worked in lesser-known movies such as All Over the Guy, Lycan and directed the short movie What are the Odds. Bev has also shared that he is a cannabis company owner, but has not revealed much about his company.

Land’s wife Dania is a well-known actress. She has made a name for herself in both the TV and film industry through her impressive acting skills. Some of her notable performances include Callisto in X-Men: The Last Stand, Blanca Selgado in The Sopranos, and Cinderella in Once Upon a Time.

Dania also appeared in Jumanji: The Next Level and in the 4th installment of the American Pie franchise titled American Reunion. More recently, she portrayed Aimee Eden in the series Sweet Tooth.

Bev Land has not revealed anything regarding his net worth and annual salary. But we do know that he shares a net worth of 3 million U.S. dollars with his wife Dania.

Bev has not been involved with any negative rumors or controversies regarding his private and professional life. He likes to keep a low profile and focus on his own life and doesn’t involve himself in anything he doesn’t need to.

Land stands at a height of 5 feet 9 inches and his weight is roughly 72 kilograms. He is blessed with really good looks. And though he seems older, he still has a great slim and fit physique.

His eyes are brown and his black hair is slowly turning grey.

Bev Land is active on social media. He is only active on Instagram at the moment where he posts updates on his private and professional life.

Bev and Dania also show their love by posting each other on Instagram. As of now, he has over 1.7k followers on his @bevland22 Instagram account.

Get to know more about the lives of Dania Ramirez and Sharon Leal as well.