Bevin Victoria Bru is an American actress and fitness expert. Bevin Bru is not having an affair with anyone presently

There is no information on Bevin’s past relationships as well. 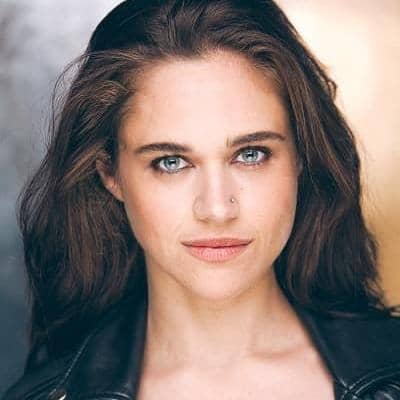 Who is Bevin Bru?

Bevin was born on 27th March 1991 in Miami, Florida, USA. She was born and raised in the United States. However, her parents immigrated to the country from Cuba. She is very proud of her Latin roots and can speak fluent Spanish.

Bevin was passionate about acting since the age of 8. She told Voyage L.A. that she performed for the first time when she was eight at the Actor’s Playhouse in Miami. She also attended the Groundlings Theater and School.

Bevin is an actress. She started acting at the age of 8 when she performed at the Actor’s Playhouse in Miami. She made her film debut in 2012 with the movie Brooklyn Gangster as Roma. The movie was critically well-received and won 2 awards. Bevin was also praised for her performance as Roma.

Bevin went on to star in Short Movies such as Otaku, We Kid, and Like Me. She finally found her next big role in 2016. She appeared in the TV Series, Private Sale where she starred as Zoe. In 2018, she starred in Head Count as Camille. The same year, she also starred in a Short TV Series called Metro.

In 2021, Bevin starred in the CW series, Batwoman. She played the role of Angelique Matin in the series.

Bevin is a very talented and hard-working actress. However, she has not won any awards nor been nominated for any.

According to various sources, Bevin has an estimated net worth of around $3 million as of 2022. There is no information regarding her salary and assets.

Bevin is feet 2inches (1.57m) tall. She has not revealed information about her other body measurement like weight. Bevin has beautiful pair of blue eyes and brunette hair.