Updated On November 8, 2022 | Published By: shahid | In Health , Lifestyle
Share this 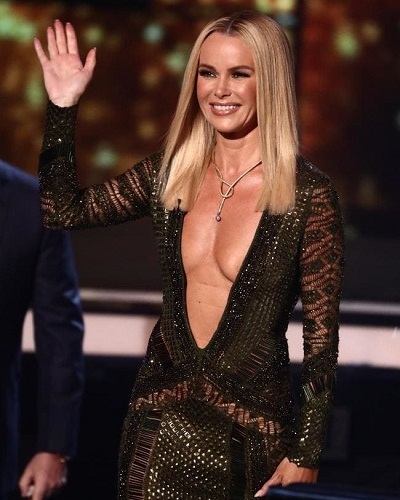 Amanda Holden and her accident

It was indeed an unlucky day for BGT judge Amanda Holden. Her half-term holiday went wrong. She had a broken leg and needed hospitalization and surgery for it.

Amanda was on holiday with her family. While out at the sea, she tried to do an inflatable assault course. But it went wrong and she landed with fractures in her leg.

Amanda shared with her fans the news of her accident. She put up an Instagram picture and captioned it:

Amanda Holden and her phone-in interview

The BGT judge later had a phone interview with her Heart Breakfast radio show with Jamie Theakston. She explained things in detail here.

“So basically I was trying to be a good mother, and I put my book down, I put down the Uno cards… and I said to Hollie, ‘Mummy can come on that with you’ and there’s this like, you remember [Total] Wipeout, that TV thing?

“There’s like a children’s Total Wipeout thing in the middle of the sea and I thought, ‘Yeah I can do that’. So Hollie was doing brilliantly and going round it. I walked around it and then crawled across like an old person, like across the difficult bits.”

More details of her fracture from Amanda Holden

“And then there were these three inflatable stepping stones in the middle of the sea and everyone else was running across it and I thought, ‘Oh I could do that – if kids can do it, I can do it’ and I did it and I made it – I was showing off!

“I made it across to the other side and then my leg slipped because obviously it’s wet, like an inflatable thing in the sea. My leg slipped and it went the other way and I felt it break and I fell into the sea and I had to swim back to the shore one-legged.”

She also revealed that she broke her fibula in two places. Amanda added:

“I’ve broken it in two places, I’ve broken my fibula in two places and I was rushed to hospital and I’ve got a metal plate and screws in my leg which currently is the fastest and easiest way for it to heal,”

“I haven’t got a cast I’ve got like metal in my leg and a splint and it’s all wrapped up and it’s got a heartbeat in it.”

Amanda Holden is a British singer, presenter, and actress who is best known as a judge on the talent show Britain’s Got Talent. Also, she depicted the title role in ‘Thoroughly Modern Millie’, for which she was nominated for a Laurence Olivier Award. More Bio…