Updated On September 23, 2022 | In Entertainment , Interesting Facts , Relationship
Share this 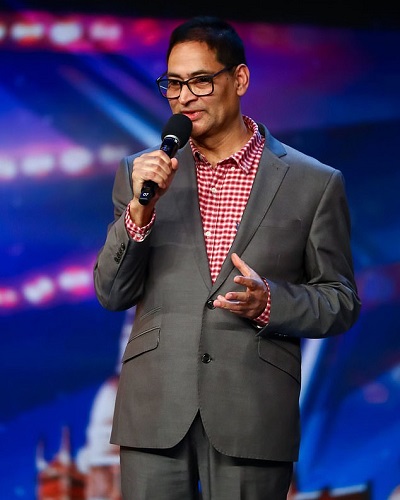 Recently, Bhim Niroula auditioned for British Got Talent and seems like his song is loved by judges and the audience. His act was the last act on stage but is considered one of the best acts of the night.

When he started singing his iconic song Sunday Morning Love You judge Simon Cowell was not very impressed. He pressed the red buzzer for his performance. But it seemed like other judges loved his song. We could see the audience singing along with him.

Niroula dedicated the song to his partner. The most beautiful moment of his performance was when Ant McPartlin and Declan Donnelly joined him on the stage and started singing the song with him.

Not just that, Amanda Holden, David Walliams, and Alesha Dixon got involved as they got up off their chairs and started singing and dancing. His song has not gone off the mind of the viewers as they shared love with him with comments. Bhim also auditioned for India’s Got Talent a few years back.

Who is Bhim Niroula?

Bhim Niroula is a singer and YouTuber. He is also a hotel manager. He is living in Reading, England with his partner who made an appearance on BGT. His most loved song Sunday Morning Love You has gained more than 6 million views.

Bhim is a father of two children. He is on YouTube with the channel name Music Nepal 1. His YouTube channel has earned around 19k subscribers. He has been uploading songs on his channels since 2011. But he raised to fame only after his hit song Sunday Morning Love You.

He uploaded a Nepali version of the song a year later. His other most viewed songs are Dancing All The Night,  and Lets Fly In The Sky.

Bhim Niroula was born and brought up in Dhankuta Nepal. He was married to Hema Sapkota. But it is not sure whether they are still married or not. Bhim is a fan of musicians like Mohammed Rafi, Anup Jalota, and Kishore Kumar. He was first into classical music.

“My only motto was to make a song in English, with simple lyrics, pop music and background that changes every 3-6 seconds,”

Even though Niroula was trolled for his music in the past but people are loving and re-listening his songs after his rocking performance in British Got Talent.

Why is Haylie Duff not getting married soon? Know about her fiance Matt Rosenberg, children and quarantine
Tags : Singer Youtuber