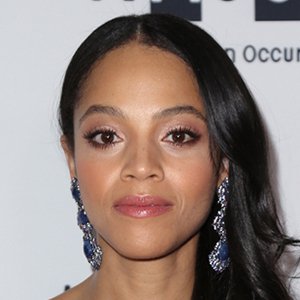 “I've been using the same thing I've used since I was a teenager, which is Cetaphil. I love Cetaphil's cleansing cream, face cream and aloe vera gel. Those are the three things I always use.”

Bianca Lawson is currently living her single life. Previously, she was in a relationship with Lloyd Mathis. He is a  musician. The duo dated for two years and separated in 2002.

After that, she began dating Spanish actor, Andreas Barreiro Gonzales. He is well known by his nickname Ness. They also could not hold the relationship and moved on their own way.

Who is Bianca Lawson?

Bianca Lawson is a talented American actress. She is best known for her regular roles in the television series ‘Saved by the Bell: The New Class’, ‘Pretty Little Liars’, ‘Goode Behavior, and ‘Rogue’.

She was born on March 20, 1979, in Los Angeles, California, USA. Her birth name is Bianca Jasmine Lawson and she is currently 41 years old.

Her parents parted away in 1989 after 11 years of relationship and then her mother married Marvin Gaye. She has a half-brother, Marvin Gaye III, and step-sisters Beyonce and Solange Knowles.

She holds American Citizenship and her ethnicity is a mix of African-American, Creole [French, African], smaller amounts of English, possibly Italian, Blackfoot Native American, and Portuguese.

She joined Marymount High School and later attended the University of Southern California from which she studies film and psychology. She also joined Stella Adler Studio of Acting.

Bianca Lawson debuted her acting career at the age of nine by appearing in advertisements for Barbie and Revlon. Then, she was cast in the drama series ‘Saved by the Bell: The New Class’ in 1993. After that, she co-hosted ‘What’s Up?’.

She portrayed the role of  Rhonda Coley in the series ‘Sister, Sister’ and appeared in the drama ‘Goode Behaviour’ in 1996. She got featured in the series ‘Buffy the Vampire Slayer’ a year later. Bianca also made her appearance in the TV miniseries ‘The Temptations’ and acted in the movie ‘Primary Colors’ in 1998.

She appeared in the series ‘The Secret Life of the American Teenager’ and ‘The Vampire Diaries’ in 2009 and portrayed the character Maya St. Germain in the drama series ‘Pretty Little Liars’ by the following year. She also portrayed the recurring role in ‘Teen Wolf’ and was cast in the drama ‘Witches of East End’ in 2014.

She has an estimated net worth of around $2 million and she has earned that sum of money from her acting career.

She was rumored to be lesbian as she was seen kissing actress Shay Mitchell in the hit drama series ‘Pretty Little Liars’.

Also, she portrayed the role of a lesbian in the television show called ‘For the People’. But, she did not care at all because it was just only a hoax.

To read more about Nancy Giles, Yaya DaCosta, and Sarah Daniels, please click on the link.