Skip to content
Married Biography
Married Biography / Entertainment / Everything You Need To Know About Big Brother's Memphis Garrett; His Relationship With Christmas Abbott And His Ex-Girlfriend! 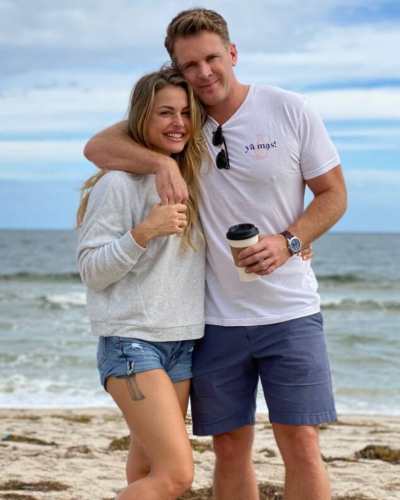 Memphis Garrett is famous for his appearance in Big Brother. During his filming of the 22nd season of the show, he grew closer to Christmas Abbott.

After looking at their rowing closeness, people started assuming their relationship. Recently, the couple confirmed they are dating. But did Garrett’s ex release a shady statement?

After a couple of months of getting out of BB’s house, Memphis and Christmas announced they were dating. When the show ended, Memphis was hanging out with ex-girlfriend Dominique Scalise for a while. However, after a few months, he confirmed his relationship with Christmas.

The couple shocked their fans and followers after the announcement through social media. Christmas shared a snap of the couple on her Instagram with the caption which reads:

“Love is not found, it’s built.” Additionally, she referenced the rumored display of affection, noting, “promise it wasn’t a kiss.”

In addition, the BB star also uploaded a picture of him and Christmas with the loving caption which reads:

“Sometimes people come into your life, and you know they just belong. We tried to fight it, but fate had its own plan. Excited for the future.”

The rumors of them dating sparked since they were on the show. Fans had always noticed the growing closeness of the couple. On week 9, Live Feed viewers assumed Memphis pull Christmas onto his lap. However, the camera angle did not give them a clear view.

Later on, after a few days camera showed Christmas whispering something in his ear. He then blocked the camera’s view with the blanket. At the time, fans thought they kissed at the time.

However, at the time, his then-girlfriend, Dominique Scalise defended him through a tweet saying:

Memphis and his ex-girlfriend have not yet revealed when the couple broke up. However, they stopped liking each other’s pictures on social media in November.

Later on, she released a statement with Big Brother Live throwing some shade on Memphis. She first thanked her fans for their support throughout the season. Dominique then stated:

Moreover, she also added dating Memphis who placed fifth in BB22 was a glitch in the system. She then closed her statement she is back to her regular schedule.

You may also read- Victoria Monet is pregnant with her first child! Know about her dating rumors with Kehlani!

American Christmas Abbott is a TV personality, author, and fitness guru. Abbott is renowned as a contestant on Big Bother: USA. Next, she will be making her appearance in the movie, The Operator: Warfare and Overtown. Currently, the movies are in the stage of post-production. See more bio…

You may also read- Are Rihanna And ASAP Rocky Dating? Sources Claim They Enjoyed The Date In Manhattan!