Big Freedia is in a relationship with Devon Stroll.

The couple is together since 2016. Just on Valentine’s Day, 2021, Freedia posted the two of them on her Instagram. 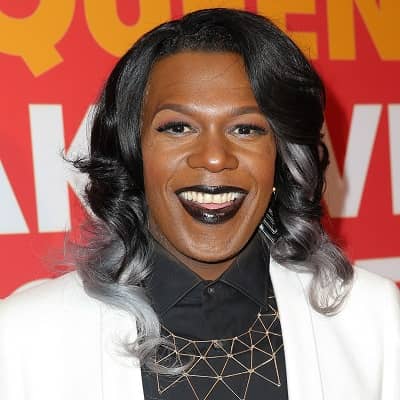 Everyone has a butt. No matter what size it is, you can work it.

Duffy is go hard or go home. It's just a concept that I wanted to have when we're doing different things. When me and my dancers go in, we usually go hard or we go home. We're not here to play. We go duffy.

You know, being the artist and not knowing when you sometimes create a song, you don't think about whether it's gonna start controversy or whatever. Sometimes you just write and you're in the zone.

Who is Big Freedia?

Big Freedia is an American musician, rapper, and worldwide ambassador of bounce music.

Big Freedia is famous for the bounce genre of hip-hop music. It was originated in her hometown of New Orleans in the early 1990s.

Her father’s name is Freddie Ross Sr. who was a truck driver. Likely her mother Vera Ross sadly passed away in 2014.

She has a sister named Crystal Ross. And, she also had a younger brother Adam Ross who died in 2018.

Freedia went to Walter L. Cohen High School in New Orleans. She used to perform in the choir and had also worked as the choir director from her school days.

She performed bounce music at a club near the Melpomene Projects in early 1998. Her first bounce single, “An Ha, Oh Yeah,” was released in 1999.

With nonstop hit singles during the mid-2000s, she gets to appear in the reality show, Big Freedia Bounces Back​ on Fuse TV. The docu-series is all about the life of a choirboy turned Bounce rapper and remains the highest-rated original series on the network.

Likely her first album Queen Diva came out in 2003. No sooner, she caught the attention of iconic artists including Beyoncé and Drake. Moreover, she appears on both Beyoncé’s Grammy-winning single, “Formation” and Drake’s “Nice For What.”

Then she has then released albums titled Big Freedia Hitz Vol. 1, Scion A/V Presents Big Freedia, and Just Be Free. Her album 3rd Ward Bounce critically acclaimed the fame. It releases from Asylum Records in 2018. Moreover, her song Raising Hell remains on the pop radio charts and the two performed the hit song on Jimmy Kimmel LIVE!

Furthermore, she has also graced the cover of ​Billboard Magazine​ and Vogue Magazine. She was ​ the official host of the Live Instagram stream for the Met Gala.

The rapper is also the author of the critically acclaimed memoir, ​Big Freedia: God Save the Queen Diva!​ on Gallery Books/Simon & Schuster. Her latest song is Betty Bussit. It was just released on 25th June and has already around 8K views on Youtube in certain hours.

Furthermore, she also earns from her album and her merchandise.

Freedia was sentenced to three years of probation. It was on Aug. 25 2016 in the U.S. District Court of the Eastern District of Louisiana. She was fined $35,000, to be paid in increments of $500 per month.

Freedia stands tall with a height of 6 ft and 2 inches. Likely her body mass is around 72kg (156lbs).

She naturally has black-colored hair but often tends to dye her hair blonde, pink, platinum, or silver. Talking more, she has dark brown eyes.

Also, get to know the biography of Romeo Miller, Shin Yu-na, Jaliyah Monet, and Supreme Patty.