Big Sean dated his high school sweetheart, Ashley Marie, whom he met when he was sixteen and started dating at nineteen until their break-up in early 2013.

Next, he began dating actress Naya Rivera, whom he first met on Twitter. The pair’s relationship became public in April 2013. Big Sean and Rivera announced their engagement in October 2013 but ended the engagement in April 2014.

In October 2014, singer Ariana Grande confirmed she and Big Sean were dating.  In April 2015, the couple ended their relationship after eight months of dating.

Currently, he is in a relationship with American singer Jhene Aiko. They began dating in February 2016. 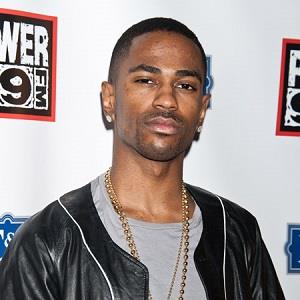 The higher the goal, the harder the climb, but after that the bigger the muscle the, smarter the mind.

I got a dream that's worth more than my reality.

Used to tell me the sky's the limit, now the sky is our point of view.

Patience is the ability to accept trouble, suffering, delay without getting angry or upset, I feel like if you can master patience you can master anything.

Who is Big Sean?

Big Sean is an American rapper from Detroit. He is professionally known as Big Sean. He released his debut studio album, ‘Finally Famous’ in 2011.

Sean was born in Santa Monica, California on March 25, 1988, to parents Myra and James Anderson.

Talking about his education, Sean graduated from Cass Technical High School with a 3.7 GPA.

He released his first official mixtape ‘Finally Famous: The Mixtape’ on September 30, 2007. Additionally, he released a second mixtape hosted by Mick Boogie on April 16, 2009, called ‘UKNOWBIGSEAN’.

He released his second album ‘Hall of Fame’ on August 27, 2013. Some of the tours that Sean has been part of are the I Am Finally Famous Tour, Detroit Tour, Hall of Fame Tour and I Decided Tour.

Furthermore, some other studio albums that he has released are ‘Dark Sky Paradise, ‘Twenty88’, ‘I Decided’ and ‘Double or Nothing.

Furthermore, he has garnered the nomination for awards like Billboard Music Awards, Grammy Awards, and iHeartRadio Music Awards among others.

Sean has not revealed his current salary. However, he has an estimated net worth of around $12 million at present.

Sean became part of a controversy after he was arrested for third-degree sexual assault at a concert in Lewiston, New York. On October 26, he pleaded guilty to second-degree unlawful imprisonment and was fined $750.

Furthermore, he has also been criticized for the nature of his lyrics several times. At present, there are no rumors concerning his life and career.

Talking about his body measurement, Sean has a height of 5 feet 8 inches or 173 cm. Additionally, he weighs around 69 kg or 152 pounds.

Also get to know more about the birth facts, education, career, net worth, rumors, height, and social media of different personalities like Murs(Nicholas Carter)- Rapper, Takeoff (Rapper), and Katt Williams.