Rapper-writer Big30's real name is Rodney Lamont Wright Jr. He is dating and a father of one

Big30 hasn’t married yet. Currently, he is in a relationship with a girl named Aarena.

However, there is not much known about his love life. On August 15, 2021, he announced the news of his newly born daughter named Ryleigh Armani Wright. 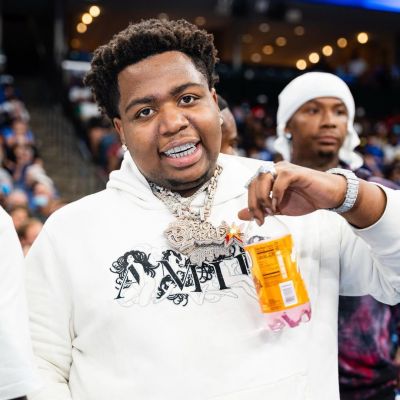 Big30 is a renowned rapper, singer, and songwriter from the United States. He rose to fame for songs such as “Neighborhood Heroes” and “Shots Out the Vette.”

Big30 was born on the 28th of December 1999 in Memphis, Tennessee, U.S. His real name is Rodney Lamont Wright Jr.

He keeps a low-key profile when it comes to his personal life. He hasn’t yet disclosed anything about his parents and siblings in the media. Also, his academic background is under the curtains.

Further, he holds an American nationality and he belongs of All-American descent.

In April 2020, Big30 released his first single titled “Murda Day” featuring Lil Migo. On April 3, 2020. the song’s official video was released and has received over 3.5 million views on YouTube to date. He released his second single titled “Just Wait Until October” on May 4, 2020. Big30 also worked along with Phoop Shiesty and featured her in his song, “Allegations”. Her other hit singles are “Opp Pac” and “First Day Out”.

He has featured in Pooh Shiesty’s several albums such as “So Icy Summer”, “Shiesty Season”, and more. On September 2, 2021, he released his first mixtapes titled King of Killbranch featuring Future, Lil Durk, Pooh Shiesty, and more. The project is listed in the number 13 in Billboard 200 chart position. Some of the tracklists are Backseat of The Rolls Truck, Miss My Glock 26, No Hospital Gang, Dyin’ Expensive, Mista, King of My Projects, and more.

Big30 was arrested in Birmingham, Alabama along with the driver in October 2020 while they were traveling from Memphis, Tennessee to Atlanta, Georgia. They were arrested with more than $17,000 in cash, a loaded handgun, promethazine, codeine, and packaged cannabis.

Big30 is estimated to be a net worth of around $250 thousand as of 2021. His main source of income is his music career.

Further, his salary and other earning are still under review.

Big 30 stands at the height of 5 feet 7 inches tall and her weight is about 75 kg. Likely, she has a black pair of eyes and as well black hair color.