Musician BigNik has a girlfriend. 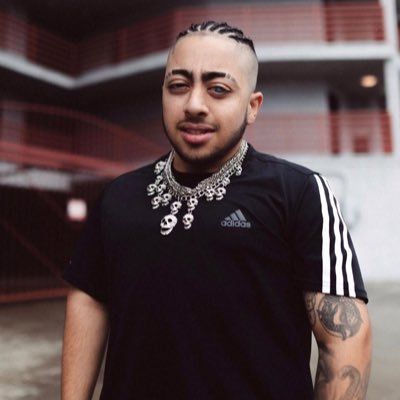 I went from a really low point to the highest I've ever been. I'm still shocked that I was able to do it

One day I just got really bored, I was sitting in my wheelchair and started making a video and two months later, it just blew up,That’s how I started Vine

You don’t have to be big in height to be big, you just have to have a big personality.

What is the relationship of BigNik (Nik Keswani)?

BigNik is in a relationship. He hasn’t revealed her real name, but he calls her Drew. They met through a mutual friend and started to date in April 2019.

He has made Youtube videos featuring his girlfriend. Some of them include Recreating Cringy Couple Tiktoks w/ My Girlfriend, Handcuffing Myself to My Girlfriend for 24 Hours Challenge, Catfishing my Girlfriend To See If She Cheats, etc.

BigNik is an American Youtuber, Viner, Comedian, and Rapper. He released tracks such as No Cap and I Don’t Wanna Live.

BigNik was born Nik Keswani on Sep 11, 1998, in Boca Raton, Florida, USA. He was raised in Naperville, Illinois. His father is Anil Keswani and his mother is Vaishali Keswani. They both are involved in medical fields.

He has two sisters, Devina, who is a transgender, and Sarina, a model. His ethnicity is Indian. BigNik was born with a rare condition of dwarfism and is blind on one eye.

During his childhood, he had to undergo many surgeries on his legs, hips, and ankles. This led him to stay in a wheelchair many times.

While BigNik was in a wheelchair, for passing time, he started to use the Vine app. He started to upload videos about comedy on Vine. His unique comic timing impressed the viewers and soon he gained almost three million followers.

BigNik is a successful Viner and a Youtuber. He launched his own Youtube channel on April 10, 2013, and started to upload videos. The viewer loved his unique style and started to subscribe.

As of now, he has more than 1.06m subscribers. He usually uploads videos about his daily life and other fun content.

Besides Youtube, BigNik is also interested in music. He has released tracks including Look at My Flex, Gassed Up, Vlog Squad, Trapstar, Get in my Way and more.

He has a height of 3 feet 8 inches and a weight of about 56kg. Similarly, he has black eyes with black hair color. He also has tattoos on his full right hand.

Bik is a social media star. He joined Twitter in Dec 2012 and has around 392k followers. His tweets on Twitter are around 13.2k.

His Instagram has more than 1.1m followers and he has posted around 39k posts. BigNik created a Facebook account in Sep 2015 and has made more than 291k followers.