Bijou Phillips is an American actress, model, socialite, and singer.

Bijou Phillips is a married woman. In the year 2004, she began dating That ’70s Show actor Danny Masterson. They first met at a poker tournament in Las Vegas. In March 2009, they announced their engagement.

Likewise, on 18th October 2011, they married in a private castle in Ireland. After that on 14th February 2014, she gave birth to their daughter Fianna Francis Masterson. 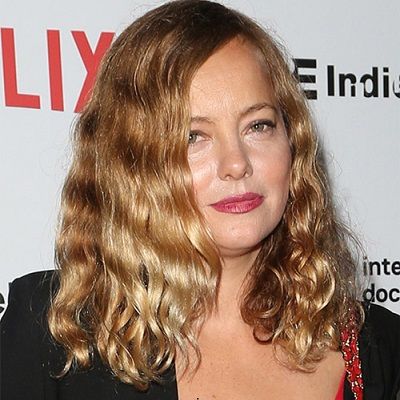 On being world-weary: "I never had innocence."

On modeling: "It was like, I wanted to go swimming in the ocean, but I was jumping up and down in a puddle."

Who is Bijou Phillips?

Bijou Lilly Phillips known as Bijou Phillips is an American actress, model, socialite, and singer. She is the daughter of musician John Phillips and Geneviève Waïte.

Similarly, she is famous for playing the recurring role of Lucy Carlyle on the television series Raising Hope.

She was born on 1st April 1980 in Greenwich, Connecticut, US. She is the daughter of John Phillips(father) and Genevieve Waite(mother). Her father is the musician of The Mamas & the Papas and her mother is a South African model, artist, and actress.

Likewise, she has two sisters Chynna Phillips and Mackenzie Phillips. She has two brothers, Tamerlane Phillips, and Jeffrey Phillips. Similarly, her nationality is American and her ethnicity is mixed (English, and Irish).

Bijou Phillips became the youngest model to ever appear on the cover of Vogue’s Italian edition. She also became an image model for Calvin Klein and appeared in several advertising campaigns in which adolescents showed white underwear.

Likewise, after signing a record deal at 17, Phillips began working on her debut album I’d Rather Eat Glass produced by Jerry Harrison. The album released on May 11, 1999. She made her film debut in a brief role of the independent drama Sugar Town. Similarly, her first major film role came the same year, as an Upper East Side girl in Black and White.

Similarly, Bijou Phillips has appeared with Kate Hudson in Cameron Crowe’s semi-biographical musical drama Almost Famous. In the year 2003, she starred as a member of a bizarre cult of young criminals, alongside Mischa Barton in the thriller Octane.

In the years 2010 and 2012, she guest-starred in episodes of the police procedural television series Hawaii Five-0 and Law & Order: Special Victims Unit respectively.

She was nominated for DVD Exclusive Awards for Best Supporting Actress in Havoc.

She has an estimated net worth of $20 million. Similarly, she might earn a huge amount of money from her career but she has not revealed her salary and incomes.

She had a successful career so she might have earned a huge amount.

Daniel Franzese alleged that she had “ridiculed” him about his sexuality and weight, as well as physically assaulted him, on the set of Bully.

Bijou Phillips has a height of 5 feet 6 inches and her weight is around 50 kg. Similarly, she has blonde hair and green eyes. Her body measurement is 34-23-33 inches.