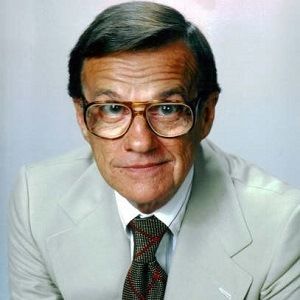 I often ask myself, 'How am I working?' I'm certainly not the guy who appeals to women between the ages of 18 and 35

Like thousands of other youngsters, I was stricken with polio as a child. Even with the wonderful care, I received from my parents and doctors, I still carry the scars of this experience. Somehow, it never got me down. That's why I would rather not have people who see me limp along show any pity, distress or compassion--since I don't feel this way about my physical condition.

Who is Bill Cullen?

Bill was an American radio and television personality, he was the biggest claim to fame was as a game show host; over the course of his career. Additionally, he appeared as a panelist/celebrity guest on many other game shows, including regular appearances on I’ve Got a Secret and To Tell the Truth.

Bill was born in Pittsburgh, Pennsylvania, the United States on February 18, 1920, to parents William and Lillian Cullen, his father was was a Ford dealer in Pittsburgh. There is no information about his siblings. He belongs to American nationality and English ethnicity. His birth sign is Aquarius. Talking about his education, he attended the University of Pittsburgh. After he achieved some success in radio, he returned to the university and earned a bachelor’s degree.

On talking about his profession, he began his career in 1939, in Pittsburgh at WWSW radio, where he worked as a disc jockey and play-by-play announcer or color commentator for Pittsburgh Steelers and Pittsburgh Hornets games. Likewise, he also became a freelance joke writer for some of the top radio stars of the day, including Arthur Godfrey, Danny Kaye, and Jack Benny. Whereas, he also worked as a staff writer for the Easy Aces radio show. Likewise, his last regular radio job was as one of the hosts of NBC Radio’s Monitor from 1971–73.

Besides, that he was a pilot for the United States Army Air Corps in World War II. During 1953, he also had The Bill Cullen Show, a weekly morning variety program on CBS. Whereas, he also hosted Bank on the Stars in 1954. From 1954 to 1955, he also hosted NBC’s Place the Face, a program in which celebrities identified people from their past; he simultaneously hosted CBS’s Name That Tune. In fact, he was also a panelist on I’ve Got a Secrets from 1952 to 1967, and To Tell the Truth from 1969 to 1978, where he also guest hosted on occasion.

In addition, his other game shows hosted the included Eye Guess in the 1960s; Three on a Match, Blankety Blanks, The Love Experts, How Do You Like Your Eggs? (QUBE cable interactive program)  and the syndicated version of The $25,000 Pyramid in the 1970s; and later in his career Chain Reaction,  Blockbusters, Child’s Play, Hot Potato. During the 1984 TV Guide article, Cullen commented on the ease with which he seemed to land his hosting jobs:

On talking about his lifetime achievements and awards, he won Primetime Emmy Award for Outstanding Achievement in Daytime Programming – Individuals.

Bill Cullen: Salary and Net Worth

Bill’s hair color is black and his eye color is grayish green. His height, weight, and shoe size are disclosed.

He expired in 1970 when there were no social media or any digital forms of communications.

Also, read the affair, salary, the net worth, controversy, and the bio of Anna Renee Duggar, Jessica Hayes, Aubrey O’Day