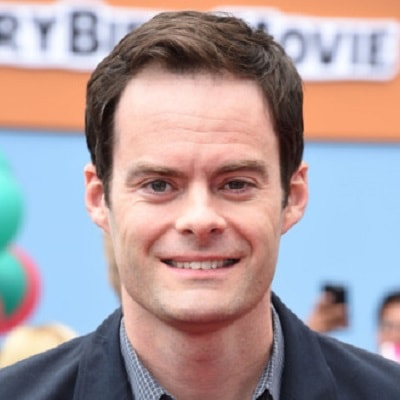 When you're at your absolute, most exhausted... That's when you have to be at the top of your game.

My parents were supportive. I didn't have good grades, but they could tell I wasn't lazy.

Bill Hader is currently single. Previously, he married his longtime girlfriend Maggie Carey, a filmmaker on 28 May 2006. The couple welcomed three children: daughter Hannah Kathryn Hader on October 6, 2009, daughter Harper on July 28, 2012, and another daughter Hayley Clementine Hader on November 15, 2014.

The pair announced their separation in 2017 and filed for divorce in December 2017 and finally more than 10 years of marriage ended on June 23, 2018.

Who is Bill Hader?

He joined Patrick Henry Elementary School,  Edison Junior High, and Cascia Hall Preparatory School and then attended The Art Institute of Phoenix followed by  Scottsdale Community College. Later, he dropped out of college.

He used to spend his time watching movies and reading and used to work in a movie theater but was fired because he spoiled the ending of the 1997 film Titanic. In addition, he worked as a Christmas tree seller but was inspired to become a filmmaker. Eventually, he dropped out of college and moved to Los Angeles in 1999.

After that, he worked as a production assistant (PA) on  James Dean, Spider-Man, Empire of Dreams: The Story of the Star Wars Trilogy, Collateral Damage, The Surreal Life, Night Calls, and The Scorpion King was the last straw.

Then, he began attending comedy classes in March 2003 with friends at improvisational comedy enterprise the Second City and worked his way up. He was cast in Saturday Night Live (SNL)  in 2005 and worked there until 2013.

He had been nominated for Primetime Emmy Award nominations 15 times, in which he won two. Also, he was nominated for two Screen Actors Guild Award,  Golden Globe Award, among many others.

There was a rumor regarding the divorce between Bill and his wife. The rumor ended after the couple ended their relationship with a divorce.