Updated On November 22, 2022 | Published By: Alisha Ghram
Share this
Married 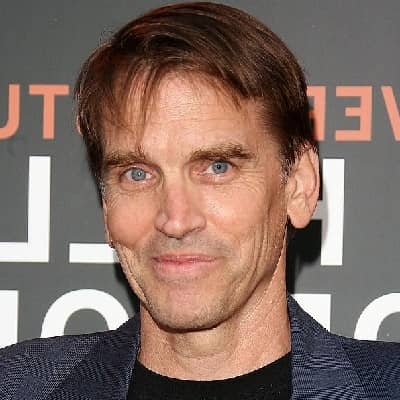 I look at acting like a treasure hunt, and the treasure is the truth of the character - finding out who they really are.

If there is a common thread in my demented characters, it's that they're all happy in their work. As an actor, my personal joy in playing these crazy kooks shows through - it's fun! Also, I learned early on that no matter how insane a character might be, you have to play him as if you think you're the only sane one in the room! I love my monsters, love playing them, what they've taught me. I gotta say, I sleep soundly, and I'm mostly not afraid of the dark.

I love horror movies, always have. First one I ever saw in the theater was the original The Blob (1958) with Steve McQueen. Second was a double bill - The Fly (1958) and Return of the Fly (1959). Scared the crap out of me. Been a fan ever since.

What is the relationship of Bill Moseley?

Bill Moseley is a married man.

He is married to Lucinda Jenney on 14 Feb 2017. The couple has two children together: Marion Moseley and Jane Moseley.

Marion is an actress and has also worked for various movies like Remedy, Sugar Town, etc.

Who is Bill Moseley?

Bill Moseley is an American film actor, musician, and writer.

He is popular for his appearance in various horror cult classic movies like House of 1000 Corpses, Repo! The Genetic Opera and The Devil’s Rejects.

Bill was born on Nov 11, 1951, in Stamford, Connecticut, United States. His birth name is William Lambert Moseley. He grew up in Barrington Hills, Illinois.

His mother Virginia Gillette (Kleitz) was a journalist. Likely, his father’s name is Spencer Dumaresq Moseley who is a member of the Yale Corporation. he was also a chairman and chief executive of the Railway Express Agency.

In which university did Bill Moseley attend?

Moseley worked as a journalist in his initial stage. Moreover, he has done writings for magazines as Omni National Lampoon, and Psychology Today.

His career in acting began after his first debut as a cab driver in Alan Rudolph’s Endangered Species.

The actor is most well known for the different roles he played in various horror movies. He is well known for portraying Johnnie in Night of The Living Dead, followingly As Officer Ray in The Convent.

Moseley has collaborated with guitarist Buckethead on his solo work. He has his voice for recordings for the Florida-based heavy metal band Generichrist and also for British goth-metal band Sinnergod.

Furthermore, he was the lead singer of Cornbugs and contributed to various other songs. Along with Rani Sharone, Moseley released the album No Way Down.

The actor has amassed a net worth of around $2 million as of 2022. His movies have always been commercially best.

Likely, for the character ChopTop in The Texas Chainsaw Massacre 2, he was offered $5k to shave his head.

Moseley has always maintained a distance from appearing in any type of rumors and controversial news.

How tall is Bill Moseley?

The actor stands tall with a height of 5 feet and 11 inches and his body mass is around 73 kg.

You may also read the bio of Max Walker, Callan Potter, Matt Cornett, and Joshua Bassett.