Bill Neely is a Chief Global Correspondent for NBC News. He is married and a father of two.

Bill Neely is a married man. He is married to Marion Kerr. The date and venue of their marriage ceremony are unknown. He has two daughters.

Details on his wife Marion and his daughters are also unknown. He lives a happy married life in Richmond, London with his wife, Marion, and his two daughters. 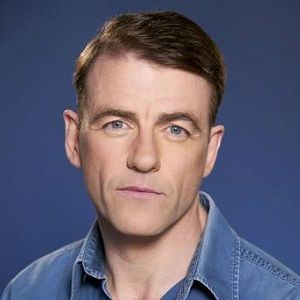 The US Congress doesn't run the world, last time I checked

It’s important to say that the US is not “withdrawing” from the Iran nuclear deal. It is violating it. The terminology matters

Who is Bill Neely?

Bill Neely is a journalist originally from Ireland. He is the Chief Global Correspondent for ITV, the news service produced by ITN for British commercial broadcaster ITV.

Neely started broadcasting for ITV ins 1981. He was appointed to his current position in 2014, 25 years after his continuous service at ITV and reports from all over the world. He is reporting from Russia, Syria, and North Korea in recent days.

Bill Neely was born in Glengormley, Belfast, Northern Ireland on May 21, 1959. He grew up with a Catholic mother and a Protestant father.

A military barracks stood on one side of Bill Neely’s school, with a prison on another and the main Belfast hospital on a third.

He had witnessed the harrowing sight of a school buried in rubble and the grotesque tableau of the classroom with the kids hugging each other and the teachers trying to protect some of the children at his early childhood giving him a very early knowledge of a conflict zone.

Bill Neely did his Schooling in a conflict zone in Belfast, Northern Ireland. He then graduated from the Queen’s University of Belfast with joint honors in Modern History and English. He was initially interested in acting but was not confident about it.

Bill Neely joined the BBC in Belfast as a freelance (with no training) at the height of the hunger strikes in 1981. It lasted four months in Belfast, moved to Derry for four months, and then back to Belfast, where he very slowly began, to get regular shifts, then a regular job, first in radio current affairs, then radio news, then television news.

Bill Neely has covered many of the major world news events of the last quarter-century after he joined ITN in June 1989.

He has also reported regularly from the Middle East, the United States, and Northern Ireland. Neely was a presenter on ITV News programs for almost 25 years. On 20 January 2014, Neely joined NBC News.

He and his team also interviewed President Assad of Syria in July 2016 and reported exclusive on the fall of Aleppo from the very city in December 2016. Neely has interviewed senior officials from North Korea during his four trips to the country in 2016-17.

Bill Neely was nominated in the Emmy nominations, for his work on the Brussels terror attacks in 2016 and in the Best Interview category for his exclusive interview with Syria’s President Assad.  He won three consecutive BAFTA awards for news coverage.

He has won an Emmy award and a Peabody prize or international news reporting over the past two decades and has been nominated and awarded for numerous other nominations and awards.

Further, he also won four Royal Television Society awards and the International News Award for his courageous coverage of the Haiti earthquake.

Bill Neely’s salary details are unknown. He has an estimated net worth of 13 million dollars.

Bill Neely’s reports and comments on the current political issues are often rated controversial nevertheless making him the most talented reporter of this century.

Bill Neely’s body stats like height, weight, biceps, and other body measurements are unknown. Bill Neely has light brown hair color and his eyes color is blue. His dress size and shoe size are also unknown.