Posted by MarriedBiography Posted on February 10, 2020 | In Interesting Facts , Lifestyle
Share this

Bill Nye on the viral video

The clip shows the American television personality walking down the ramp is getting viral on social media. People are retweeting the video all over Twitter which has above seven million views. He was walking down a runway during New York Fashion Week. One of the Twitter users shared the video on his account with the caption which reads:

Moreover, this was not only a fashion walk for the science guy. Nye walked in the Blue Jacket Fashion Show as it is for the Prostate Cancer Foundation.

This is an organization that funds research to find a cure for the disease that his father had. This is not only the time he has walked for the benefit of such a severe disease. He also walked for awareness about the disease, which roughly affects one in nine men.

He also walked down the runway three years back for a similar cause. At the time, other celebrities like Mario Cantone and Don Lemon joined him on the runway for the good cause.

You may also read-  Bachelorette contestant Tyler Gwozdz dies at the age of 29! Facts about Tyler!

Some facts about the science guy

Not only a science guy, but Nye is also an inventor. He invented the patent for a new and improved ballet slipper. The science guy also introduced an educational magnifying glass which he created with a clear plastic bag filled with water. During World War II his father started making sundials to stay sane while in a Japanese prisoner of war camp.

Afterward, the love for the sundials passed down to Bill Nye. Besides the science video, he also appeared on the music video of  pop-punk duo Palmdale’s  “Here Comes the Summer.” He is also best known for the PBS and syndicated children’s science show Bill Nye the Science Guy.

He was once a scientist who later turned to comedian and the television personality. He mixed his two parts of life in a name Science Guy with his millions of people know him. His this name also became the show on the PBS which aired in the early ’90s. His show won almost twenty Daytime Emmys. People liked the show’s sketch comedy style. It was fun and educational at the exact same time. He also now has another show, Bill Nye Saves the World, which streams on Netflix.

You may also read- Some Fascinating Facts About The Bachelor’s Sharleen Joynt! 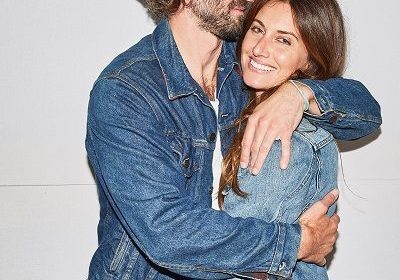