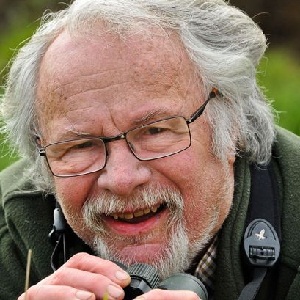 All I can say about that truthfully is that none of us ever thought he [Sir Jimmy Savile] was anything but strange.

When did Bill Oddie tied the knot?

Bill Oddie is married to Laura Beaumont, with whom he has worked on a variety of projects for children.

They exchanged vows in the year 1983 and have a daughter, Rosie.

Bill also has two daughters from his first marriage to Jean Hart. They are Bonnie and Kate Hardie.

Bill and Jean were married in 1967 but their separation date is unavailable.

Who is Bill Oddie?

Bill Oddie is an English writer, composer, musician, comedian, artist, plus ornithologist. In addition, he is also a conservationist, television presenter, and actor.

Bill is famous for producing wildlife shows like Springwatch/Autumnwatch, How to Watch Wildlife, Wild In Your Garden, and Birding with Bill Oddie.

He was born William Edgar Oddie on 7 July 1941 in Rochdale, Lancashire, England, UK. His ethnicity is English.

His father, Harry was an assistant chief accountant, and his mother, Lilliam used to work in a cotton factory. Harry passed away in 1927 due to heart failure.

Bill also had a sister Margaret Jean Oddie, who died in 1940. He attended Pembroke College and studied English Literature.

Prior to this, he attended Lapal Primary School, Halesowen Grammar School, King Edward’s School, and an all-boys direct grant school.

Furthermore, he appeared in Bernard Braden’s television series On The Braden Beat in 1964.

Bill is notable for TV successes in the hugely popular 1970s and early ’80s comedy The Goodies with Tim Brooke-Taylor and Graeme Garden. He plays the drums and saxophone.

He appeared as Cousin Kevin in a production of The Who’s rock opera Tommy at the Rainbow Theatre, Finsbury Park, London on 9 December 1972.

Likewise, he made an OBE for his service to Wildlife Conservation in a ceremony at Buckingham Palace on 16 October 2003.

However, he played down the event, choosing to wear a camouflage shirt and crumpled jacket to receive his medal.

In June 2004, Oddie and Johnnie Morriss jointly profiled in the first of a three-part BBC Two series. That is The Way We Went Wild, about television wildlife presenters.

He was awarded the OBE  in the 2003 Queen’s Birthday Honours List for his services to wildlife conservation.

As of 2022, the estimated net worth of this TV presenter and musician is around $1.3 million.

He has criticized the BBC’s muted response to the controversy over Jeremy Clarkson’s comments about public sector workers on The One Show.

This TV presenter after suffering from depression and bipolar disorder is now returning again on TV. He will host the show Wild Animal Rescue for Channel 5.

Bill Oddie has a perfect height of 5 ft 3 inches but his weight is unknown.

His hair color is gray and his eyes are brown color.