Bill Pentland was born in the USA as William James Pentland Jr. He is known for his work on Roseanne (1988), The Magical World of Disney (1954) and On Location: The Roseanne Barr Show (1987). He is married to Becky Pentland.

Bill Pentland is married to Becky Pentland. His wife is a film producer. But their wedding details are not disclosed.

Previously, Bill was married to Roseanne Barr, an actress. They were married on 4th  February 1974. Together, they have three children Jake Pentland, Jessica Pentland, and Jennifer Pentland.

They also have a grandchild, Dispy. However, On 16th January 1990, they were divorced. 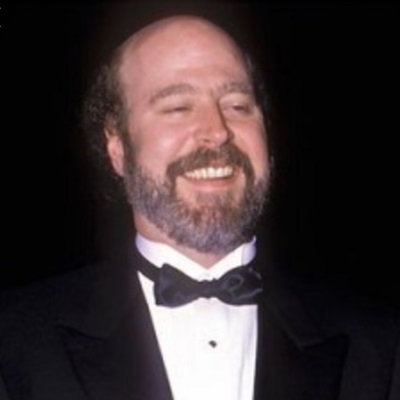 Who is Bill Pentland?

He was also the executive consultant for the TV series.

Bill Penland was born William James Pentland Jr. on May 11, 1951, in the U.S.A. He is of Scottish-American ethnicity.

Details about his father, mother, and academics are not disclosed.

In 1982, Bill started his career as a miscellaneous crew member for the movie, The Magical World of Disney. He worked for the two episodes in the movie.

Later, in 1983, he worked for the TV documentary, Backstage at Disney as a miscellaneous crew member. It was based upon the various trial and error that are encountered while making movies at Disney.

In 1987, he was a writer of the stand-up comedy, On Location: The Roseanne Barr Show. The sitcom is based on the everyday life of an American family. In 1989, he was also featured in the character of Freddy Meeker.

Apart from being a writer and actor, 1988-1991, he was also an executive consultant for the show.

As an executive consultant, he had worked for 70 episodes. Some of them are-

The show turned out to be a milestone in his career. The show won 46 awards which include three Golden Globes, USA, and five Primetime Emmy Awards.

Later, in 2003, the actor was featured in The TV documentary, The Real Roseanne Show as himself.

Apart from Roseanna, he was a part of the TV documentaries like 2000- Truth Behind the Sitcom Scandals 5 and E! True Hollywood Story.

Last he appeared on the TV documentary, Biography in 2003 as himself.

In 1989, he was nominated for the CableACE Awards for the TV series, On Location: The Roseanne Barr Show as a writer.

Bill Pentland has an average height and weight. He has auburn hair and blue eyes.

The American actor, Tom Arnold tweeted that, Bill was instrumental in developing the Roseanne show but never got the credit he deserved.