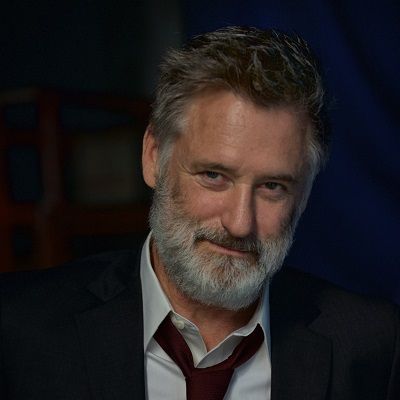 I also turn down what's probably a good amount of coinage to be made out of playing dads, an incredible number of obnoxious dad.

Rural towns aren't always idyllic. It's easy to feel trapped and be aware of social hypocrisy.

With While You Were Sleeping, it was so much fun and such a Cinderella story, that I didn't want to do another romantic comedy. I wanted to do the opposite.

Bill Pullman is married to Tamara Hurwitz. She is a modern dancer by profession. They married in 1987.

Together, they have three children Lewis Pullman, Maesa Pullman, and Jack Pullman. Lewis is an actor and Maesa is a singer-songwriter by profession.

Who is Bill Pullman?

American Bill Pullman is an award-winning actor, director, and producer. Pullman is renown as President Whitmore of the movie, Independence Day: Resurgence.

Last, in 2019, he appeared in the movie, Dark Waters along with actors like Anne Hathaway and Mark Ruffalo.

Next, in 2010, he will be appearing in Covers along with Dakota Johnson and June Diane Raphael.

Bill Pullman was born William James Pullman on the 17th of December 1953 in Hornell, New York, U.S. His father, James Pullson is a physician and mother, Johanna Pullman-Blaas is a nurse by profession. They are of Dutch-Irish-Scottish ancestry.

Bill started his career as an adjunct professor at Montana State University’s School of Film and Photography in Bozeman. In the University, his students encouraged him to pursue acting as his career.

During the early phase of his acting career, he worked with different Theater Companies around New York and LA. In 1986, he debuted on the TV with the TV series, Cagney & Lacey as Doctor Giordance. Till the date, he has been cast in nine TV series altogether. Some of them include 1995- Fallen Angels, 2008- Law & Order: Special Victims Unit, and 2011- Torchwood.

In 2012-2013- 1600 Penn, he played the character of President Dale Gilchrist. The series is based on the life of President Gilcrest and his wife living in the White House. Previously, in 2011, he was featured as Oswald Danes in Torchwood.

In 1992, he first appeared in the TV Movie, Crazy in Love as Nick Symonds. Last, in 2011, he was cast as Rusty Sabich in Innocent. The crime drama is based on Judge Rusty Sabich’s life who is accused of his wife’s murder.

He debuted in the Movie with Ruthless People as Earl. After the movie, he was cast in movies including The Serpent and the Rainbow, The Accidental Tourist, and Sibling Rivalry.

Some of his movies along with the year and character are-

His movie, The Coldest Game is based on the life of former Forgetted US Champion Josh Mansky who has turned to be alcoholic.

Some of his movies’ box office collection along with the year is:

He is a blue eye with black hair. His height is 6 feet and 1 inch and weighs around 85 kg.

You may also know about early life, net worth and body measurements of Diane Ladd, Michael Cassidy, and Wes Brown.