American film and television actor and producer by profession.

Bill Sage’s marital status is a married man. He gets married to Lorraine Farris who is an actress and former model.

The couple exchanges their vows on August 19, 2007. Presently, the pair is having a happy conjugal life together.

In past, he has been in a relationship with Edie Falco in 2009. 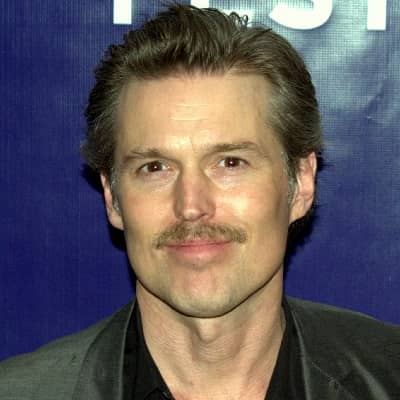 Who is Bill Sage?

Bill Sage is an American film and television actor and producer by profession.

He is best known for his collaborations with director Hal Hartley, with him he has featured in film like Simple Men (1992) and Flirt (1995).

Bill was born in New York City, New York, U.S. on April 3, 1962. He is of American citizenship and belongs of Caucasian descent.

Bill’s father’s name is William Rex Sage who is a US Navy commander. His father served for 34 years in the US Navy and died in 2017. Moreover, her mother’s information is unknown.

Moving towards his academic background, he attended the State University of New York at Purchase.

Bill began his acting career in 1992 and appeared in the role of Dennis McCabe in Simple Men starring Robert John Burke, Karen Sillas, and Martin Donovan. In 1995, he appeared in the drama film, Flirt as Bill.

Lately, Bill appeared in the 2020 horror film, The Pale Door as Dodd which is directed by Aaron B. Koontz. His latest film is the Wrong Turn where he has portrayed the role of Venable.

To date, he has appeared in more than 80 movies and some of his notable films are,

Tim has managed to maintain his clean image to the public. As of now, he hasn’t been involved in any sorts of controversial acts and disputes that might hamper his professional life and personal life.

Bill earned a decent amount of fortune throughout his successful career as an actor. As per other online sources, he has an estimated net worth in the range of $1 million to $5 million.

Furthermore, his exact salary, yearly income, and real estate are still under review.

The actor has an athletic body type and he stands at a height of 5 feet 11 inches tall. He has a brown pair of eyes with brown hair color.

Moreover, his exact weight and other body measurement are unknown at the moment.