Bill Whitaker is a TV journalist working for the CBS network. Bill is married and a father of two. 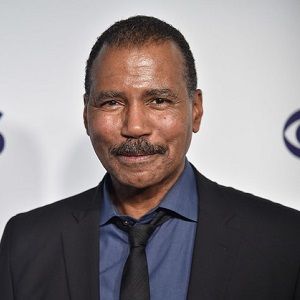 Whitaker is a married man. He is married to Mrs. Terry. The couple is blessed with has two children, a son, Gail Whitaker, and a daughter, Lesley. There is not much information about his married date, venue, and other relationships. Currently, he lives happily with his family.

Who is Bill Whitaker?

Bill Whitaker is one of the famous names in the world of media. His career built out working as a correspondent for the CBS network. And more, he appeared in various shows and has also done various interviews with various popular personalities.  And now he is having a great lifestyle with his family and also similarly manages time to expose his talent in the industry.

This journalist was born on 26 August 1951 in Philadelphia, United States. His mother’s name is Mary Whitaker and his father’s name is William Whitaker. He is an American with mixed ethnicity of African and American.

He finished his education at Hobart and William Smith College. He finished his B.A. degree in the year 1973. Then he went to Boston University to complete his Master’s Degree in African-American studies in 1974. Also, he attended a graduate journalism program in 1987 at the University Of California, Berkeley.

After finishing his education, he started his journey in the field of journalism. He worked as the reporter at KQED, San Franciso, California, in the year 1979. After that, he bagged the post of a correspondent at WBTV in North Carolina.

His career take a new turnover when he joined CBS News working as a reporter. It was in the year 1984, November when he first worked there. Soon, he was appointed as the CBS News’ Tokyo correspondent and served for three years starting from 1989.

From March 2014, he works as a correspondent for the CBS news program 60 Minutes. He has also worked for Sunday morning. His one of the memorable Sunday morning profile was of ex-boxer Mike Tyson. The interviews with Mexican President Enrique Pena Nieto and Michelle Obama is also one of the greatest achievements of his career.

The chairman of CBS, Jeff Fager said, “Bill Whitaker is one of the great veterans of CBS News.”

As he has worked on his best and has also received awards for his hard work. In the year 2016, he receives News & Documentary Emmy Award for Outstanding Business and Economic Reporting in a News Magazine. Likewise, he was also awarded by News & Documentary Emmy Award for Outstanding Investigative Report in a News Magazine in 2018 for his work on The Whistleblower.

In the year 2015, June, he received an honorary doctorate from the college of Illinois named, Knox College.

The journalist must have lived a great lifestyle as he also has a good earning. His estimated to be $75000. He hasn’t revealed his salary yet.

He has good earning at the CBS network. Moreover, He is also the owner of a high-rise apartment in New York. Recently CBS journalist Bill has listed his home in Hollywood Hills West at $1,999,999 he had bought that property in 1993 which had a net worth of $510,000.

He has maintained a good relationship with all other people in his personal and professional life. And so he wasn’t involved in any of the rumors and controversies yet.

Bill Whitaker stands with a height of 6 feet and 1 inch. He has black-colored hair and likewise, brown colored eyes.

Bill Whitaker is active on social media platforms and has a huge fan following. He has more than 2000 followers on Twitter and many people follow him via Facebook. He shares his points and views on social networking sites with his fans.