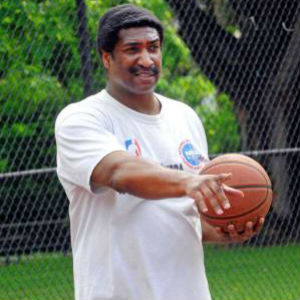 There isn’t any solid proof that leads towards his married lifestyle and children. Being a celebrity, his personal stuff is always a matter of discussion and interest to the public. Due to the lack of much information about him, his fans are always curious to know more about him.

Who is Bill Willoughby?

Tall and handsome Bill Willoughby is a well-known American former professional basketball player. He has played for different teams in National Basketball Association (NBA). He plays from the center and power forward position.

Retired professional basketball player Bill Willoughby was born in Englewood, New Jersey on 20 May 1957. He is of African-American ethnicity and has an American nationality.

His birth name is William Wesley Willoughby. His personal life isn’t in the limelight as his career path is. There isn’t any information regarding his parents and early life.

He played for team Hawks till 1977 and joined Buffalo Braves. In 1979, he started playing for Cleveland Cavaliers and then signed to play for Houston Rockets.

He came to fame by being one of the players to ever block Kareem Abdul-Jabbar’s ‘Skyhook’ at its apex. He started playing for San Antonio Spurs in 1982 and after playing for a year, he joined New Jersey Nets in 1983. From onwards, he retired from playing basketball professionally in 1984.

Willoughby gave continuity to his study and joined Fairleigh Dickinson University where he earned a degree in communication in 2001. Then he became the special advisor to the NBA who counsels high school players considering forsaking college basketball for the NBA.

Bill Willoughby: Salary and Net Worth

There is no information on Bill’s salary and net worth.

Unlike other players, he hasn’t been much rumor but he suffered a controversy when he was arrested after an alleged fight with the cops in the year 2016.


Bill has a height of 6 feet 8 inches. His body weighs 93kg. He has black hair and black eyes.