Previously, she had an affair with Matthew Tyler Vorce in April 2021. Sadly, after a year the couple broke up in May 2022. They confirmed their split via Matthew’s Instagram stories. The reason for their split is not because of cheating but because they lost interest in one another. 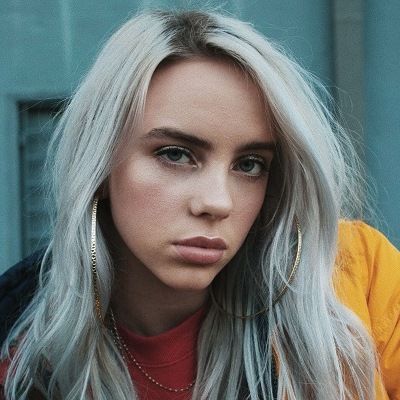 In real life, I'm a really smiley person. I smile when I talk and I laugh.

In the public eye, girls and women with strong perspectives are hated. If you're a girl with an opinion, people just hate you. There are still people who are afraid of successful women, and that's so lame.

I hate smiling. It makes me feel weak and powerless and small. I've always been like that

I don't smile in any pictures.

I've always done whatever I want and always been exactly who I am.

Who is Billie Eilish?

Billie Eilish is a songwriter, singer, plus model. Her debut single was “Ocean Eyes” which was released on the audio distribution platform SoundCloud.

Her father’s name is Patrick O’Connell and her mother’s name is Maggie Baird, both were popular figures in the American entertainment industry. Whereas, she was born into a family of musicians and actors.

Additionally, her mother also wrote songs and her father played instruments such as the piano and the ukulele. She has a brother namely, Finneas O’Connell. Billie holds American citizenship and mixed (Irish- English- Scottish- Belgian) ethnicity. Her birth sign is Sagittarius.

Talking about Billie’s education history, there is no information about her educational achievements.

Talking about her profession, the song ‘Ocean Eyes’ was recorded in October 2015. It was initially meant for Billie’s dance classes. Additionally, she handed over the song to her dance teacher and meant it to be featured in her next dance routine.

It turned out to be another success. Similarly, several major record labels came ahead to buy the rights to the song.  Eventually, toward the end of the year, Billie released another single, ‘Six Feet Under.’

In 2017, Billie announced her highly awaited debut EP, ‘Don’t Smile at Me.’ Moreover, before the official release of the EP, she released two singles from the same, ‘My Boy’ and ‘Idontwannabeyouanymore.’

In the same year, she collaborated with Vince Staples and released a remix of her song ‘Watch,’ which was renamed ‘&Burn.’ To promote herself more, she embarked on a tour in January 2018. The tour ended in August 2018.

Whereas, the song became immensely popular and made the producers of ‘13 Reasons Why’ buy its rights and feature it in the second season of the series.

Talking about her salary and net worth, she earns a decent amount of salary. There is no information about her other income. Her net worth is estimated at around $5 million.

Billie Eilish has a height of 5 feet 3 inches and she weighs 61Kg. Her hair color is blonde and her eyes color is blue.