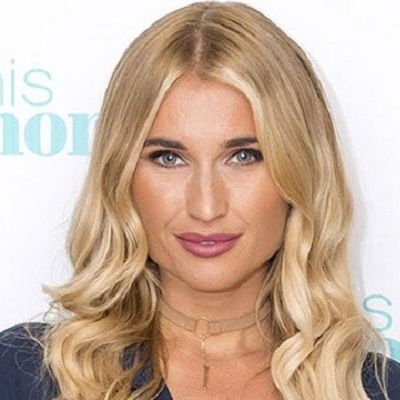 At the time of her engagement to Shepherd in 2014, Faiers was pregnant with their daughter, Nelly, who was born on July 10, 2014.

On March 7, 2017, Faiers and Shepherd were blessed with a son, Arthur.

The couple got married on March 5, 2019, on the island of Kuramathi in the Maldives.

Faiers made headlines at the time of her wedding as many news websites reported her dream wedding with one of England’s most prominent businessmen.

Who is Billie Faiers?

Billie Faiers is an English television personality best known for appearing in the reality TV series ‘The Only Way Is Essex.’

Likely, she is the older sister of model and television personality Sam Faiers with whom she has appeared on several TV shows. Similarly, Billie also owns a fashion company called ‘Minnies Boutique’ along with her sister.

Billie Faiers was born in Brentwood, Essex, England on January 15, 1990, and she is currently 29 years old. She was born to parents Suzanne “Sue” Wells(mother) and Lee Faiers(father).

Her parents split up when Sam and Billie were very young and their mother later married David Chatwood.

She has a sister namely, Sam Faiers. Billie holds British citizenship and English ethnicity. Her birth sign is Capricorn.

Talking about Billie’s education history, there is no information about her educational achievements.

Talking about her profession, she started her television career at the age of 20 when she appeared in the popular British reality television series ‘The Only Way Is Essex.’

She was seen in the series from 2010 to 2016, appearing in 184 episodes.  The following year, she appeared as herself in a talk show titled ‘Daybreak.’

Moreover, Billie is currently serving as the company’s director, monitoring the operations of its online store and two boutiques. Billie Faiers often uses her social media pages to endorse her fashion line.

Billie Faiers of Net Worth

Billie Faiers has a net worth of $4 Million but her salary is not revealed yet.

Currently, there is no information about her being in any rumors or controversy.

Billie Faiers has a height of 5 feet 4 inches and she weighs is 54Kg.