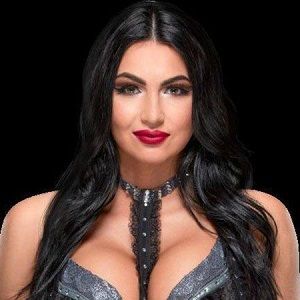 Billie Kay is not married. It does not seem like she is dating anybody. She has kept the spotlight away from her love life. There is no information about her dating anyone. As of now she is single and focusing on her career.

Who is Billie Kay?

The Australian professional wrestler Jessica McKay signed to WWE under the ring name Billie Kay. Similarly, she performs on the SmackDown brand, where she is a reigning WWE Women’s Tag Team Champion with her IIconics teammate Peyton Royce.

She was born on 23rd June 1989 in Sydney, New South Wales, Australia. There is no information about her parents. It is known that she has a brother. She loved wrestling from her young age. She used to watch wrestling on television along with her brother.

Similarly, her nationality is Australian but her ethnicity is unknown.

Talking about her education, she attended the Westfields Sports High School in Sydney, Australia.

She started her early wrestling career in Australia as Madison Eagles a professional Australian wrestler trained her. Similarly, she made her debut on her eighteenth birthday at Pro Wrestling Alliance Australia. On her debut game, she had a significant win over Eagles and Aurora and two times, she became the PWWA Champion.

Likewise, Billie Kay also wrestled at the Shimmer Women Athletes. From 2008 to 2015, she also involved in the other American promotions. In the year 2015, she associated with WWE-NXT. Similarly, she also wrestled and competed on the Independent Circuit.

Since the year 2018, she and her partner, Peyton Royce is signed to SmackDown. On 27 January 2019, they entered their first Royal Rumble match at number 7 and number 9 respectively and managed to eliminate Nikki Cross. But they both were eliminated by Lacey Evans. Further, she made her WWE video game debut as a playable character in WWE 2K18 and has since appeared in WWE 2K19.

She won the PWWA Championship two times in the Pro Wrestling Women’s Alliance. Similarly, she was Ranked No. 34 of the top 50 female wrestlers in the PWI Female 50 in the year 2012 by Pro Wrestling Illustrated.

The estimated net worth of Billie is around $0.5 million. Most of the incomes are from her professional wrestling career. According to WWE, the standard professional wrestler makes an average annual salary of $500k. Some of the wrestlers earn more than that as well.

Similarly, she might earn a huge amount of money from her career but she has not revealed her salary. She has a strong social media presence and she endorses brands like Buff Bake, Techni Sport, Halo Top Creamery, Tapeout, Hot Topic, and many others.

Billie Kay has a height of 5 feet 8 inches and her weight is 60 kg. Similarly, she has black hair and hazel eyes color.