Billy Bob Thornton is an actor, filmmaker, singer, songwriter, and musician appeared in 'Sling Blade,' 'Monster's Ball' and 'Our Brand Is Crisis.' 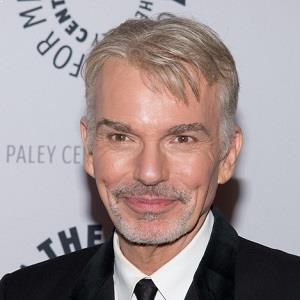 I was the fattest baby in Clark County, Arkansas. They put me in the newspaper. It was like a prize turnip.

Acting is playing--it's actually going out on a playground with the other kids and being in the game, and I need that. Writing satisfies that part of myself that longs to sit in my room and dream.

I can't sit through plays and musical theatre. I just want to run up onstage and mess up their hair and turn over the furniture.

It's not that I don't understand it. But people think if you speak with an English accent it somehow makes you smarter.

Most of the movies that are easy to get financed are movies about models in gladiator uniforms and wacky comedies with kids who get caught with sheep in hotel rooms.

Billy Bob Thornton has married six times, with the first five marriages ending in divorce, and he has four children by three women.

He was married to Melissa Lee Gatlin from 1978 to 1980. He has a daughter named Amanda from the marriage. Later, he married actress Toni Lawrence in 1986; they separated the following year and divorced in 1988.

From 1990 to 1992, Thornton was married to actress Cynda Williams. In 1993, he married Playboy model Pietra Dawn Cherniak, with whom he had two sons, Harry James and William; the marriage ended in 1997. Additionally, he was engaged to be married to actress Laura Dern, whom he dated from 1997 to 1999. However, in 2000, he married actress Angelina Jolie.

Thornton and Jolie announced the adoption of a child from Cambodia in March 2002, but it was later revealed that Jolie had adopted the child as a single parent. Eventually, they separated in June 2002 and divorced the following year.

In 2003, he was in a relationship with makeup effects crew member Connie Angland, with whom he has a daughter named Bella. His representatives confirmed that he and Angland were married on October 22, 2014, in Los Angeles.

Who is Billy Bob Thornton?

Billy Bob Thornton is an American actor, filmmaker, singer, songwriter, and musician. People know him through his roles in such films as ‘Sling Blade,’ ‘Monster’s Ball’ and ‘Our Brand Is Crisis.’

Throughout his childhood years, he lived in numerous places in Arkansas, including Alpine, Mount Holly, and Malvern. He is of American nationality. Furthermore, he belongs to a mixed ethnic background of English, as well as some Scottish and Irish.

Talking about his education, Thornton graduated from Malvern High School in 1973. Later, he attended  Henderson State University to pursue studies in psychology but dropped out after two semesters.

Thornton initially played drums and sang with South African rock band Jack Hammer. Additionally, he also worked as a waiter for a while. His first screen role was in 1980’s ‘South of Reno’. Later, he went on to write, direct, and star in the 1996 independent film ‘Sling Blade’. Furthermore, he played a malicious mall Santa in 2003’s ‘Bad Santa’.

Thornton has more than 80 credits as an actor. Some other movies and television series that he has been part of are ‘Goliath’, ‘Fargo’, ‘Whiskey Tango Foxtrot’, ‘American Dad!’, ‘Our Brand Is Crisis’, ‘The Big Bang Theory’, ‘Robot Chicken’, ‘The Baytown Outlaws’, ‘Jayne Mansfield’s Car’, ‘The Informers’, and ‘Mr. Woodcock’ among others. Additionally, he also has 10 credits as a writer and 6 credits as a director as of now.

Thornton has 32 wins and 53 nominations to his name for various awards. He won the prestigious Academy Awards and garnered another nomination in 1997 for ‘Sling Blade’. Additionally, he was also nominated for the same award in 1999 for ‘A Simple Plan’. Furthermore, he has won the Golden Globes a total of two times. He has also garnered the Primetime Emmy Awards nomination.

Thornton has not revealed his current salary. However, he has an estimated net worth of around $ 45 million.

Thornton became part of a controversy after his ex-wife Dawn Cherniak accused him of spousal abuse. Additionally, Thornton and his musical group The Boxmasters appeared on CBC Radio One program Q, which was widely criticized and received international attention on April 8, 2009.

Additionally, he came under lots of controversies after he described Canadian audiences as “mashed potatoes without gravy”. Furthermore, his marriage with Angelina Jolie also received numerous controversies and backlashes. At present, there are no rumors concerning Billy and his career.

Talking about his body measurement, Thornton has a height of 5 feet 10 inches (1.78 m). Additionally, he weighs around 187 lbs (85 kg). Furthermore, his hair color is grey and eye color is brown.

How many wives has Billy Bob Thornton had?