Billy Boyd is married to his wife Alison McKinnon. On December 29, 2010, he married McKinnon in a wedding attended by 30 guests at Oran Mor in Glasgow’s West End.

Castmates Elijah Wood and Dominic Monaghan were present at the wedding. Following that, a reception for around 130 people was held.

On April 26, 2006, the couple welcomed their first child, a son named Jack William Boyd. He and his wife, Alison, own a home in Glasgow. 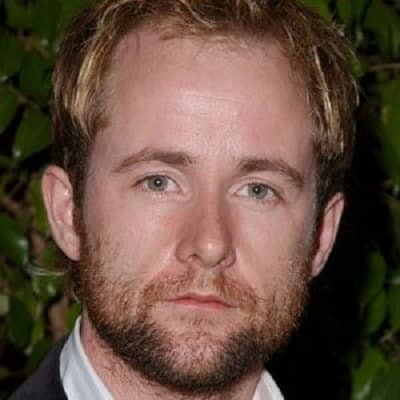 Hobbits are a lot like Scots. It's all about nature and enjoying their land, which is a very Scottish thing.

"I realized that it was just about Pippin and some other people!" After reading 'Lord of the Rings for the first time.

I think I have a gift... but I haven't really opened that gift yet and given it to myself

Who is Billy Boyd?

Billy Boyd is a musician and actor from Scotland. In Peter Jackson’s epic film trilogy The Lord of the Rings (2001–2003), he played Peregrin “Pippin” Took, Barret Bonden in Master and Commander: The Far Side of the World (2003), and Glen/Glenda in Seed of Chucky (2004).

Boyd was born in Glasgow, Scotland, to William Boyd and Mary Boyd, who both died when he was in his early teens, a year apart. There is no information about his siblings.

He went on to act with St Andrews Repertory and the Traverse Theatre after graduating from the Royal Scottish Academy of Music and Drama.

Billy is a Scottish actor and musician who rose to fame as Pippin in the Lord of the Rings movies He also voiced Glen in the 2004 comedy/horror Seed of Chucky and acted as Barret Bonden in Master and Commander: The Far Side of the World. He also appeared in the 2006 film The Flying Scotsman as Malky.

Boyd began his acting career in 1996 with roles in Taggart, The Soldier’s Leap, and Urban Ghost Story (1998). In 1997, he appeared in the 7:84 Theatre Company Scotland production of David Greig’s Caledonia Dreaming.

From 2001 through 2003, he played Peregrin “Pippin” Took in The Lord of the Rings trilogy, which was his debut role.

Glenn, the Flying Robot, his feature film, premiered at the Dawn Breakers International Film Festival in 2011 and was later released on Netflix.

In June 2012, he made his live radio debut as the voice of the guide in The Hitchhiker’s Guide to the Galaxy. Boyd starred alongside Joseph Millson and Samantha Spiro in Shakespeare’s Macbeth at the Shakespeare’s Globe in 2013.

Boyd is a member of the Beecake band. Boyd’s Lord of the Rings co-star Dominic Monaghan received a photo of a cake covered in bees, which inspired the band’s name. Paul Burke, Billy Johnston, and Rick Martin were among the band’s other members.

He appeared as a guest on Viggo Mortensen’s PandemoniumfromAmerica in 2003, where he performed bass on two songs and drums on another. Beecake released his album Soul Swimming in June 2010. On June 4, 2012, Beecake released the EP Please Stay.

Blue Sky Paradise, the group’s second album, was released in December 2012. In July 2013, the band released their second EP, Just B.

Boyd wrote and performed the song “The Last Goodbye” in 2014, which was featured in the movie The Hobbit: The Battle of the Five Armies, which was released on December 12, 2014. The song was included in the soundtrack, which was published on December 8, 2014.

The Scottish musician and actor have an estimated net worth of around $6 million. Despite living a lavish lifestyle, he has kept his exact salary, income, and assets hidden until now.

Owing to his professional career, Billy has kept a clean image and appears to be avoiding rumors and controversies.

He has not been the subject of any unwanted rumors or publicity.

Billy stands tall at a height of 5feet and 6inches and weighs around 65kgs. He has a fair skin complexion with Light green eyes and light golden colored hair and has a slim body.

Akiva Schaffer
Tags : Actor Musician The Lord of the Drinks