Billy Crawford is a dancer, songwriter, Filipino-American singer, actor, and TV host. He is married. 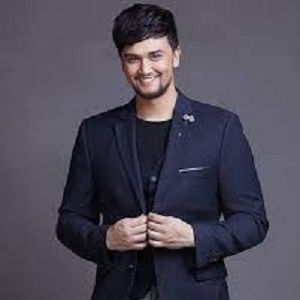 At present, he is married to Coleen García. They exchanged vows on 20 April 2018. They welcomed their son named Amari on September 10, 2020.

In 2006, Billy Crawford married Marie Courchinoux, they weren’t happy with their relationship, so they ended up in divorce in 2011.

Who is Billy Crawford?

Billy Crawford is a  dancer, songwriter, Filipino-American singer, actor, and TV host. He is popular for hosting a number of talent shows of ABS-CBN including Pilipinas Got Talent, Pinoy Dream Academy, Your Face Sounds Familiar and It’s Showtime.

A songwriter was born on May 16, 1982, in  Manila, Philippines. He has an Asian ethnicity.

His mother is  Mayette Ledesma, a Filipino and his father is Jack Crawford, an American. Besides this, he has two half-brothers.

He was interested in singing since his childhood. At first, he went to P.S./I.S. 217 Roosevelt Island Public School.

Then, he went to Professional Performing Arts School in New York City with other famous professional children such as Mandy Moore and Nina Sky.

Billy Crawford first started his career with the album called Billy Crawford when he was 15 years old. It performs very well in charts in the Philippines and Europe.

Crawford becomes popular, with the first single from his album Ride called “Trackin‘. “Trackin’ has sold 750,000 copies and got certified platinum and it reached a #1 position on sales charts and was #1 in the club charts.

Crawford was back on the scene with his second album, Ride by April 2002. It was certified gold in France and made 100,000 copies within just a few weeks and gold in Switzerland.

By some of the best producers in the American music industry such as Kovas, J Que, Tricky Stewart, and Laney Stewart, the album Big City was produced.

The Big City Tour Live DVD was released in France in 2005 and was made on a budget of  €150,000. Billy Crawford, It’s Time is the fourth studio album.

The album was released in the year 2007 with its first single Like That. Billy Crawford, Groove is the fifth studio album.

The Sky is the Limit is the first EP and it is the sixth release of Crawford. As well, it features five new tracks one remix and one instrumental.

On January 18, 2003, he won the best male international artist, beating, among others, Robbie Williams, at the NRJ music awards in Cannes, France. Furthermore, in 2007, he got a star plaque at the Eastwood Walk of Fame in the Philippines.

Billy Crawford: Salary and Net Worth

He earns a decent amount of money from his work but has not been disclosed to the media or the public.

As of 2022, his estimated net worth is about  $500 thousand dollars which he earns from his profession.

He has not been part of controversy and rumor till now. He is maintaining his personal life properly.

Billy Crawford has an average body with black hair and dark brown eyes. Besides that, he is 5 feet 10 inches tall with a mass of 78 kg.