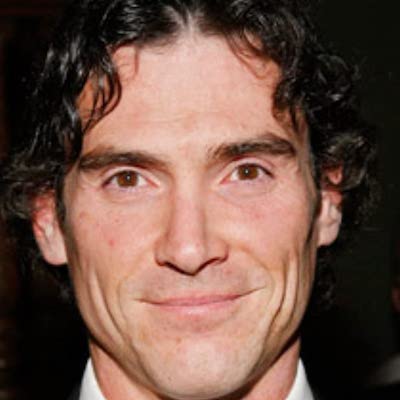 I wish I could say that when I didn't agree with a director I defer to him, but I think sometimes I'm a little self-righteous

What is the relationship of Billy Crudup?

Billy Crudup’s relationship status at present is taken. He is dating an actress Naomi Watts since 2017. The news of their romance spread in the media but they did not say anything at first.

Then in April 2018, these love birds, made their affair public.

Billy from 2004 till 2006, had an affair with actress Claire Danes. Their romance ended as Claire started to see actor Hugh Dancy.

Prior to her, he was with Mary-Louise Parker for around 7 years, They started to date in 1996 but broke up in 2003, Billy’s another affair.

Mary gave birth to their son and named him William Atticus Parker. Moreover, Billy romanced briefly with Laurel Lisa Holloman in 2000 and Jennifer Connelly in 1996.

Who is Billy Crudup?

Billy Crudup is a popular American actor. He is popular for his acting skills in Mission: Impossible III, Justice League, The Morning Show, and more.

His upcoming TV series Hello Tomorrow! is under the pre-production stage.

His birthdate is 08 July 1968 and he was born in Manhasset, New York, the US as William Gaither Crudup. The name of his mother was Georgann Gaither and his father was Thomas Henry Crudup III.

Billy’s ancestry is a mix of English-Scottish-German and has two brothers Tommy Crudup & Brooks Crudup.

Regarding his academics, he first passed out from Saint Thomas Aquinas High School then he went to the University of North Carolina.

Then he enrolled at New York University’s Tisch School of the Arts and passed out from there with an MFA degree.

Billy Crudup is a popular face of the entertainment world. Till now, he has shown his acting skill in several movies as well as TV shows.

Moreover, he is also featured in TV shows like Gypsy as Michael Holloway, At Home with Amy Sedaris as Dr. Raddish, and The Morning Show as Cory.

By the reports of 2022, he has accumulated an estimated net worth of around $8 million US. The per-year salary from his long acting journey is behind the curtain.

This Eat Pray Love famed actor is keeping himself away from rumors and desperate scandals.

Billy Crudup’s height is 5 ft 8.5 inches and his body weight is 73 kg. In addition, he has dark brown eyes and his hair is also in dark brown color.