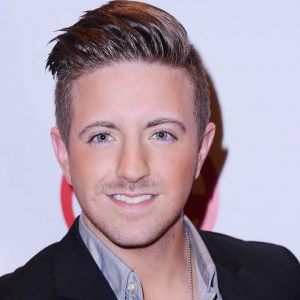 I look back now over those two years and I'm grateful for the time and wisdom I gained. It was a good time to rest, regroup, think of the future and make a decision as to my long-term commitments. Just as most kids at my age are getting their lives started

I was forced to face a possible career change! Being on vocal rest gave me the time to search my heart and my priorities and make a full commitment to my music and getting back to it."

I honestly did not think I would record again. But by the grace of God and thanks to all of those who had patience, faith, and confidence in me, I was able to overcome some personal insecurities - which are really quite normal for a kid my age!

What is the relationship of Billy Gilman?

He is living a single life so happy as he is focusing on his career. Also, even if he is dating someone, he has not revealed anything about it. He doesn’t share his personal life in public. Moreover, he has not yet been spotted with anyone in public places. However, he has revealed that he is openly gay.

Who is Billy Gilman?

Billy was born in Westerly, Rhode Island, the United States on May 24, 1988, to parents Bill Gilman and Fran Gilman. He has a sibling namely, Colin Gilman. He belongs of American nationality and English ethnicity. His birth sign is Gemini. Talking about his education, there is no information about his education.

Talking about his profession, his debut single “One Voice”, became a top 40 hit on the Billboard Hot 100 peaking at number 38. Likewise, he became the youngest artist to ever have a top 40 single on the country chart.

Moreover, his debut album, also called One Voice was released on June 20, 2000, on Epic Records, and was certified double platinum in the United States. Whereas, the album included the title track “One Voice” and the follow-up singles “Oklahoma” and “There’s a Hero”.

Likewise, his single “Oklahoma” was released on October 9, 2000, making it to the Billboard Hot Country Songs top 40 peaking at number 33.

Similarly, he also released a Christmas album in 2000 titled Classic Christmas. In 2001, his second album Dare to Dream was certified gold, although its singles “Elisabeth” and “She’s My Girl”. Then, after Dare to Dream, his voice also began to noticeably change because of the onset of puberty, forcing him temporarily to withdraw from singing.

Therefore, his final album for Epic was released on April 15, 200,3, and was entitled Music Through Heartsongs: Songs Based on the Poems of Mattie J.T. Stepanek. Finally, he also signed to Image Entertainment in 2005 for the release of his fifth album, Everything and More.

Billy Gilman: Salary and Net Worth

There is no information about his salary. His net worth is around $ 4 million as of 2022.

On talking about his body measurements, Billy has a height of 5 feet 7 inches. Additionally, he weighs is 71Kg. Billy’s hair color is brown and his eye color is blue. Furthermore, his shoe size is 10 (US).