Updated On November 15, 2022 | Published By: Isha Shayak
Share this
Married 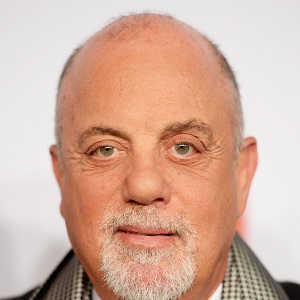 I think music in itself is healing. It's an explosive expression of humanity. It's something we are all touched by. No matter what culture we're from, everyone loves music

The good ole days weren't always good, and tomorrow ain't as bad as it seems

There's nothing better than good sex. But bad sex? A peanut butter and jelly sandwich is better than bad sex.

What is the relationship of Billy Joel?

Billy Joel’s first wife was Elizabeth Weber Small. They got married on 5 September 1973 and she became his manager. His song “She’s Always a Woman” was inspired by her. There did not work so, they divorced on July 20, 1982.

Joel married his second wife, Christie Brinkley in March 1985. Alexa was given the middle name of Ray after Ray Charles, one of Joel’s musical idols. Joel and Brinkley divorced on 26 August 1994.

On 4 July 2015, Joel married his fourth wife, Alexis Roderick. The couple had been together since 2009. On 12 August 2015, the couple had their daughter. Her name was Della Rose Joel.

Who is Billy Joel?

William Martin, who is best known as “Billy Joel” is an American singer-songwriter and pianist. He is well known for his first hit song “Piano Man”, in 1973.

Joel has become the sixth best-selling recording artist and third best-selling solo artist in the United States. He is also a six-time Grammy Award winner who has been nominated for 23 Grammy Awards.

He has sold more than 150 million records worldwide, making him the best-selling artist of all time.

Born on 9 May 1949, in the Bronx Billy Joel was raised in a Levitt house in a section of Levittown, New York. After he was born, the family moved to a section of America’s famous “first suburb”, Levittown on Long Island.

Although his father was an accomplished classical pianist, it was his mother who pushed him to study piano. He dropped out of high school to pursue a performing career, devoting himself to creating his first solo album.

Billy Joel did not graduate high school as he did not has enough credits and decided to pursue his music career rather than attend summer school.

With his 13 studio albums, numerous concerts around the world, and 33 Top 40 hits in the United States, Billy Joel has become the sixth best-selling recording artist and third best-selling solo artist in America.

Joel started to record his new songs and albums, coming out with a streetlife serenade in 1974.

But many of his songs related to growing frustration with the music industry. The Stranger (1977) was Joel’s first major commercial breakthrough, landing him four songs in the Top 25 of the U.S. Billboard charts.

By 1981, Joel had collected a slew of awards, including a Grammy for Best Male Rock Vocal Performance and a People’s Choice Award. From 1965-to 1970 he began his music career.

His biggest hits Cold Spring Harbor and Piano Man were released from 1970-to 1974. Accordingly, his other hits were Streetlife Serenade and Turnstiles, The Stranger and 52nd Street, Glass Houses and The Nylon Curtain, An Innocent Man and The Bridge, Strom Front, and River of Dreams, etc.

Presently, he is touring. On 12 December 2011, he became the first non-classical musician honored with a portrait. Likewise, he was honored with Kennedy Center Honors, Prize for Popular Song, etc.

There was a rumor that he had stopped writing songs. His personal life went to hell when he talked about his three divorces and the woman who saved him.

Billy says the DC source who claimed the singer shared a cig with President Obama at the White House is just blowing smoke.

The singer said, “Obama offered him a puff at the presidential residence” after a report on the so-called smoke summit emerged on Tuesday in the Hill newspaper.

Why do the 3 children of former supermodel Christie Brinkley hate being called celebrity children?