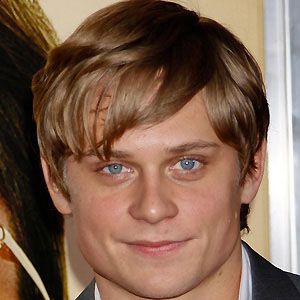 I want to be known for my performances and doing my craft well, not for funny stuff I post on Twitter or whatever.

I actually did Shakespeare when I was at North Carolina School of the Arts. I studied with Gerald Freedman and Mary Irwin - it was fun

When you really want a role, you just put your soul in it.

Billy Magnussen is currently in a deep relationship. He has been dating American actress Meghan Fahy since July 2017. She is best known for her performance in ‘The Bold Type’. Talking about his past relationship, status, he has not dated any other women. He is currently sharing blissful; life with his girlfriend.

Who is Billy Magnussen?

Billy holds American citizenship and his ethnicity is Lithuanian.

He debuted his career in 2007 and made his stage debut with ‘The Ritz’. Later, he appeared in ‘Vanya and Sonia and Masha and Spike’ in 2013.

He made his appearance in the films like ‘Blood Night: The Legend of Mary Hatchet’, ‘Happy tears’, ‘Twelve’, etc. He portrayed the role of Neil Thomas in the 2011 film ‘The Lost Valentine’. In the same year, he appeared as Thor in ‘Damsels in Distress’.

He made his breakthrough from the role as Rapunzel’s Prince in Rob Marshall’s film ‘Into the Woods’ in 2014. His remarkable television appearances include in ‘American Crime Story’, ‘As the World Turns’, ‘The Beautiful Life: TBL’, ‘Law & Order Criminal Intent’, ‘NCIS: Los Angeles’, and many more.

Likewise, he was a bass player and a contributing songwriter for the band The Dash and he also plays guitar for the band Reserved for Rondee.

He must have earned a decent sum of money from his professional career. But, has hs not revealed his net worth. However, as per the sources, he earns around $50,529 average salary.

Billy Magnussen has a height of 5ft. 10 inches and weighs 73 kg. Also, he has blue eyes and blonde hair. His chest size, biceps size, and waist size are 40, 14, and 30 inches respectively.