Billy Miller is an Emmy award-winning actor. He is also the owner of 4M, building and operating bars in South Bay, California. Billy is currently single. 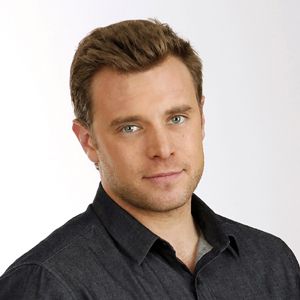 Having a handsome personality, Billy Miller seems to be single.

Rumors were that he was once in a relationship with Kelly Monaco, his co-star in the series General Hospital but both of them denied the fact saying they have only on-screen chemistry and are good friends in real life.

Billy has not talked about his relationship in public, so it can be said that he is still single and not yet married and also there isn’t any sign of him getting married in the very near future.

Who is Billy Miller?

As an American Actor, Billy Miller is very famous for his roles in Ray Donovan, Suits, and American Sniper. Apart from being an actor, he is also a famous producer and businessman.

His role in General Hospital is also well-recognized by his fans.

William John Billy Miller is the birth name of the famed actor, Billy Miller. He was born in Tulsa, Oklahoma, the U.S.A. on September 17, 1979.

Billy is raised by his two siblings Michelle and Megan in Grand Prairie, Texas.  There is no information about his parents. Billy holds American citizenship and is of Caucasian ancestry.

The well-known actor Billy has completed his graduation from the University of Texas. Before that, he was admitted to Mirabeau B. Lamar High School in Texas.

Billy Miller started his career in Los Angeles as a model. He is a marvelous and multi-talented actor currently busy with Ray Donovan, a crime drama series on American television.

Later he was involved with Wilhelmina and did many commercials. Billy was out of the field for two years after he lost the audition of As the World Turns.

After returning, he got a chance to work in CSI: NY as Will Graham in the episode “Live or Let Die”. Later he worked in The Young and the Restless as Billy Abbott series for six years.

He also won 3 awards for the series in the category Outstanding Supporting Actor Award. Billy had a recurring role as Charlie Young in the series “The Ringer” in 2011. The same year he also worked on a 3D short movie Ripper.

In 2014 he got a chance to work in CSI: Crime Scene Investigation Major Crimes and General Hospital. He was very famous as Jason Morgan in the series and was a series regular since then.

The same year he worked in the movie Bad Blood. In 2015, he did the movie American Sniper, a biographical war drama by Clint Eastwood. His role was very much appreciated as Naval Recruiter.

Billy was a spectacular actor and has won the hearts of many fans with his acting. His work was very much appreciated and he was awarded multiple times. Billy won 3 awards and was nominated twice for the Outstanding Supporting Actor in a Drama Series for The Young and the Restless.

Working in series like General Hospital and The Young and the Restless, the fabulous actor, Billy is successful to make his name on the list of a millionaire.

His current net worth is $3 million and there yet to be added more from his upcoming career.

Billy was rumored to be hooked up with Kelly Monaco as they were seen in many get together but both of them denied saying that they are only good friends and they are good with their on-screen chemistry.

Billy Miller has a slim body and looks very attractive, he has a great craze over his fans, Billy stands with a height of 5 feet and 11 inches. His hair is blond and eyes are blue which very much attracts his female fans.

Billy’s fans are following him everywhere and showing love towards him. There is no registered account of Billy in any social media but his fans have made a Facebook fan page that contains 3.7k followers.

Is Angelina Jolie going in for another child adoption with her British boyfriend? –Read on to know more!

Angelina Jolie’s fourth marriage, her psyche and her relations: Learn on all of these here!