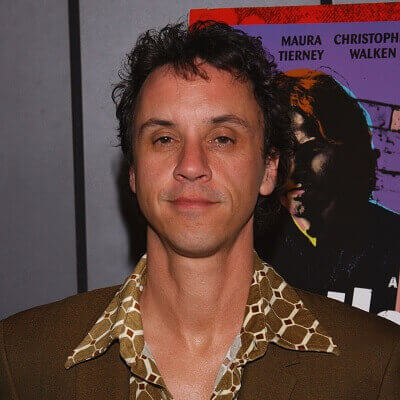 He was previously married to Maura Tierney. His ex-wife is an American actress famous for her portrayal of Lisa Miller on NewsRadio, Abby Lockhart on ER, and Helen Solloway on The Affair, etc.

The pair first met in the revolving lounge at the top of Hollywood Holiday Inn which was a blind date set up by their mutual friends. They immediately clicked off and the pair started dating seriously. After dating for some time, they exchanged wedding vows on February 1, 1993.

Who is Billy Morrissette?

Billy Morrissette is an American actor and writer. He is famous for his works in Pump Up the Volume (1990), Vegas Vacation (1997), and Scotland, Pa. (2001). He is also known as the ex-husband of American actress, Maura Tierney.

Billy Morrissette was born in 1962 in the United States of America. As of 2020, his age is about 58 years. There is very little information about his family background and early life.

There is no information about his parents. Similarly, he has not revealed anything about his siblings and other family members.

Billy Morrissette made his debut in the 1990 movie, ‘Pump up the Volume’. In the movie, he starred as Mazz Mazzilli. Following that, he made his next appearance seven years later in the movie, ‘Vegas Vacation’ (1997). The movie is about a family going on vacation in Las Vegas. He had a minor role as a Paramedic.

In 2001, he directed the crime-comedy, ‘Scotland, Pa’ which was based on a play by William Shakespeare. It starred his then-wife, Maura Tierney. He also had an uncredited role as a man walking a dog in the movie.

Morrissette stands at a height of 5 feet 9 inches. He has fair skin, brown hair, and similarly, a pair of brown eyes.

As of 2020, Billy Morrissette has an estimated net worth in the region of $1 million – $5 million. He has not revealed his annual salary. On average, an American actor earns around $40k per year.

Billy has not been involved in any controversies. She has been able to keep herself away from any type of controversy and scandal. So far, she has not done anything controversial in her career. She has kept her profile clean and has simply focused on her career and personal life.

You may also like to read more about the Bio, Career, Net Worth, Relationships, and more about Maura Tierney, David Steen, Justin Mikita, and more.