Updated On November 10, 2021 | In Interesting Facts , Lifestyle
Share this 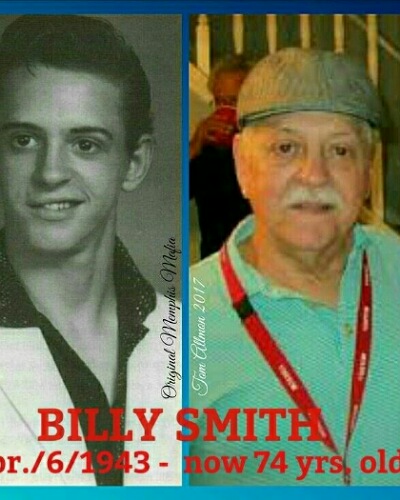 Elvis Presley was a great actor and pop singer. It was but natural that he wanted to look the best. There were rumors afloat that Elvis had resorted to cosmetic surgery to have some great exceptional looks of his time. But how true are these rumors? Recently, Billy Smith who is the cousin of the late Elvis Presley addressed these rumors and threw more light on them.

Elvis Presley’s mother was Gladys Smith and her elder brother’s son is Billy Smith. Billy was 8 years younger to Elvis. Elvis used to sit in Billy’s room and chat for hours. Therefore, Billy was very close to Elvis and knew many of his secrets.

Earlier, Billy had spoken about how how Elvis would recount his favorite Monty Python comedy sketches of BBC. Besides, Elvis would reveal his own past escapades. These were gripped by paranoid obsessions and Billy used to remember business magnate Howard Hughes who had OCD on hearing the anecdotes of Elvis.

Billy Smith’s address of the rumors of facelifts

There were a lot of rumors circulating at the time that Elvis was alive. People said that he uses cosmetic surgery to improve his appearance and look his best. They speculated that Elvis has done facelifts and also dyed his hair to look younger and more charming. But Elvis never confirmed them. Now his cousin Billy Smith stated:

“He thought it made him look better and that he needed it,”

Billy revealed that Elvis had two facelifts in his lifetime. The first one was in 1957 and the other one in 1975. He also had caps on his teeth and got specialists to remove his facial blemishes.

“Elvis did not like the flare in his nose at that time, how wide it was. So he decided to have it trimmed down and that’s what they did…which made him look…god! I don’t know how you can look any better, but he did.”

Elvis used to dye his hair black and Billy revealed its reason:

“The reason being someone told him his eyes were so blue and all that, [so] if he had dark hair it would make his eyes stand out.”

Elvis Presley- Did he have webbed toes?

There was a rumor that the late pop singer had webbed toes. Billy and Elvis grew up together in Tupelo, Mississippi. Hence they knew a lot about each other. But Billy said that the rumor about the webbed toes of Elvis could be true but he is not totally sure about it.

Click to read more on Will the children of Lisa Marie Presley be able to attend grandfather Elvis Presley’s 85th birthday celebrations in Memphis!

Billy added that Elvis might have got the webbed toes surgically corrected.

So the rumor of the webbed toes remains to be debunked.

Source: Do You Remember

Ewan McGregor Is In A Happy Relationship With Mary Elizabeth Winstead After The End Of His 22 Years Long Marriage!
Tags : Actor Elvis Presley's cousin POP SINGER