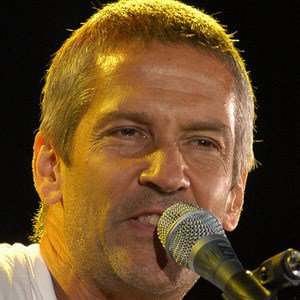 Talking about his relationship, he is a married man. He got married to Nicole Schoen, 2002 they are living a happy life together with no sign of any marital affairs.

Who is Billy Squier?

Billy is an American rock musician, he is well known for the song “ The Stroke” from his 1981 Triple Platinum breakout album release Don’s Say No. Besides that, his hits include “In the Dark”, “Rock Me Tonite”, “ The Big Beat”, “ Lovely is the Night”, “Everybody Wants You” and “Emotions in Motion”.

Billy Squier was born in Wellesley, Massachusetts, the United States on May 12, 1950, there isn’t any information regarding his family. Also, there is no information about his siblings. He belongs to American nationality and English ethnicity. His birth sign is Taurus. Talking about his education, firstly, he attended Wellesley High School. Then, he attended Berklee College of Music.

Talking about his profession, he started his career with the first performance at a nightclub in Kenmore Square of Boston called the Psychedic Supermarket in 1968. Whereas, his the original effort was with band Magic Terry and The Universe in 1969. In the early 70s, he also formed Kicks.

Besides that, he also joined The Sidewinders and left the group to form the band Piper in 1976 which has released two albums Piper and Can’t Wait. Moreover, he also signed with Capitol Records and released his solo debut in 1980. The 80s were his peak years where he sold millions of copies of his albums. Therefore, he has also been actively active in the music industries till the present date though there have not been any recent new releases on him since 1998.

Billy Squier: Salary and Net Worth

There isn’t any information about his salary. His net worth is around $ 40 million.