Updated On December 18, 2022 | Published By: Thomas Gregory
Share this
In Relation 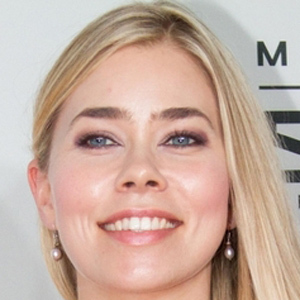 Don't worry about not fitting in. The things that make people think you're weird are what makes you you, and therefore your greatest strength

On Christmas Eve, we have a duck or roast pork with caramelised potatoes, braised red cabbage and gravy. For dessert, we have ris a l'amande, a rice pudding, and whoever gets the whole almond in it wins an extra present. Then we dance around the tree and sing carols

When I was a kid, my sisters and I used to get a little present in our stocking each day of December, usually an ornament, some sweets, or a little toy.

What is the relationship of Birgitte Hjort Sorensen?

She is in a relationship with DR editorial director Kristian Ladegaard Pedersen.

They are also blessed with a daughter in August 2018. Her name is Karoline.

Who is Birgitte Hjort Sorensen?

Birgitte was born on January 16, 1982, in Copenhagen, Denmark. Her nationality is Danish and belongs to the European ethnicity.

She was born to Christian Hjort Sørensen and Kirsten Damgaard Pedersen.

Birgitte has two sisters who are elder than her. She loved watching American and British movies and shows during her childhood.

Concerning her educational background, she attended the Danish National School of Theatre.  Later on, she also took a class in Contemporary Dance.

Her early education was at the Bistrup School in Birkerød and Øregård Gymnasium in Hellerup.

Birgitte Hjort Sorensen made her professional acting debut in the year 2005 and appeared in one episode of T.V series “The Eagle” as ‘Receptionist’.

From 2010 to 2013, Birgitte starred in a successful T.V series titled “Borgen” and appeared as Katrine Fønsmark in a total of 30 episodes.

Also, she made a guest appearance in several T.V series titled “Agatha Christie’s Marple”, “Anh Does” and “Midsomer Murders”.

In 2015, she starred as ‘Kommissar’ in a successful film titled “Pitch Perfect 2” for which she was able to collect huge positive responses and reviews from fans and viewers.

In the same year, this actress was seen in an episode of  Game of Thrones.

When Borgen returned for a fourth season on Netflix in 2022, she played Katrine Fnsmark once more.

She won ‘Robert Award for Best Actress in a Leading Role for her T.V series titled “Borgen”.

As per the sources, this actress has made a net worth of around $1.1 million.

Her salary is under review.

Currently, there are no desperate rumors regarding Birgitte’s personal and professional life.

It seems she is doing the best job without harming others for which she hasn’t been a part of controversy yet.

Birgitte Hjort Sorensen has a height of 5 feet 6 inches and weighs 59 kg. Her hair color is blonde and her eye color is blue.

Other information on her shoe size and dress size is unknown.

How many languages does Birgitte Hjort Sørensen speak?