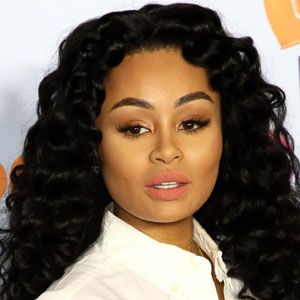 I enjoy an evening stroll. It helps me to reflect and eases stress

I am just as comfortable in sweats and sneakers as I am in a dress and heels. Attitude is everything

If I'm feeling like a Barbie girl, I'm gonna throw that blonde wig on. It's just the mood.

What is the relationship of Blac Chyna?

Previously Blac Chyna was engaged with Tyga from 2012 to 2015. Tyga is an American Rapper and she broke up with her teenage boyfriend, YBN Almighty Jay.

She was also in a relationship with different personalities like Johnny Winn, J’Leon Love, and P. J. Tucker.

Talking about a present relationship with Blac, she is trying to grab the attention of Safaree. He is Nicki Minaj’s ex.

She has dated American T.V personality, Rob Kardashian. They have been together since January 2016. They had a child named Dream from their relationship.

Who is Blac Chyna?

Blac Chyna is an American model and entrepreneur. Due to her frequent appearances in hip-hop music videos, she is known as a “video vixen“.

In addition, she launched her own makeup brand with a beauty salon in Encino, Los Angeles In 2014.

Blac Chyna was born to parents Eric Holland and Shalana Jones-Hunter. She was born on 11 May 1988 in Washington, D.C., U.S.A.

Her nationality is American and belongs to the mixed (African- American) ethnicity. Her mother’s name is Shalana Hunter and her father’s name is Eric Holland.

There is not much information regarding her Early Life. Also, she hasn’t revealed information about her Childhood.

Blac Chyna started her career in 2010. Chyna made her professional debut in urban modeling in 2010.

Chyna was recruited to play the role of the rapper in the music video for Kanye West‘s “Monster” featuring Jay-Z, Rick Ross, and Nicki Minaj in the year 2010.

In the year 2011, she won the model of the year at the urban model award. She posed for several covers including Smooth Girl Magazine, and Urban Ink Magazine in 2012.

As of 2022, Blac Chyna has an estimated net worth of $5 Million. She hasn’t revealed any information regarding her salary.

There is a recent rumor floating about Blac Chyna having broken a non-disclosure agreement between her and the Kardashian family. It has been said that she could face legal hassle due to this confidentiality breach.

Her ex-boyfriend named Ferrari had posted photos of himself with Blac Chyna in bed together. This led to resplit between Rob Kardashian and Blac Chyna.

Blac Chyna has a busty figure. Her eyebrow is raised and thick. She has dark brown eyes color and black hair color.

She stands on an average height of 5 feet 2 inches. Her chest size is 38 inches, waist size is 27 Inches, and hip size is 41 Inches.

Her bra size is 32D. Black is her natural hair color. She weighs 61 kg.