Blac Youngsta is a rapper who was signed to the CMG label.

The information about Blac Youngsta’s love life is not known and it is reported that he is single. Even if he is dating or has a girlfriend, he has kept his romantic life lowkey.

Besides, he loves diamonds, cash, and cars. 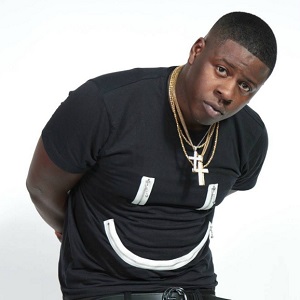 Who is Blac Youngsta?

Blac Youngsta is a trap rapper from Memphis. He was signed to Yo Gotti and his CMG label. His album F**k Everybody in 2016 made him nationwide popular.

Blac Youngsta was born on April 8, 1990, in Memphis, Tennessee, United States. As of 2022, he is 32 years old. His real name is Samuel (Sam) Benson and has All-American ethnicity.

He started working for food when he was 7 years old. He had to take all the responsibilities from the early age of 10.

Due to this, he had to deal with the psychological thoughts of committing suicide. He lived with his grandparents and a younger brother but they couldn’t meet their needs even by working hard and ended up with hungry nights.

He has spent much time of his life in jail as well. Being in jail, made him want to become a rapper.

Details about his education, father, and mother are not available.

He began hosting the parties in 2011. His single – Heavy, which made him nationwide popular, was released in 2014.

When he had released his single, he had recently lost his younger brother. After about a year after his mixtape was released, he signed to Yo Gotti’s Collective Music Group label in 2015.

He wrote songs – “One Bedroom House” and “I Swear To God”, which were related to his poor life and the loss of his brother.

Blac was mistaken as someone having a Fraudulent cheque in 2016 in Atlanta, GA. But, it turned out to be confusion among the police.

He was also rumored to be gay, which he denied soon. He has recently been arrested for shooting up American Rapper, Young Dolph’s van in February 2017.

Other information about his body measurements such as biceps size, chest size, and waist size is not known.

He has black colored hair and dark brown eyes.

Blac Youngsta was arrested for involving in gun shooting!