Blackbear’s identity as rookie rock-leaning singer and songwriter took a turn to a rapper and more R&B-oriented singer! 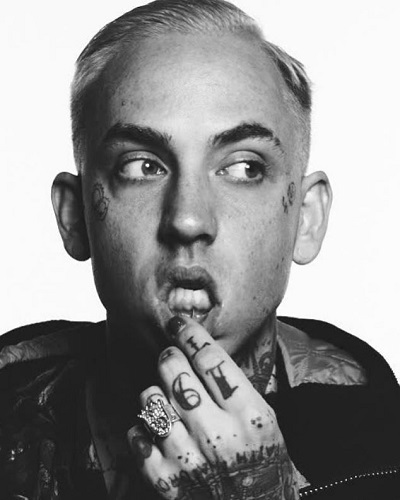 Childhood in places to places

Blackbear is popular as an American singer, songwriter, and hip-hop recording artist. Born as Matthew Tyler Muston but popular for his stage name Blackbear was born on 27 November 1990.

This 31-year-old artist is originally from Daytona Beach, Florida, United States. Then he moved from place to place. When he was a child he moved to Florida. From there he moved to Atlanta, Georgia, and eventually to Los Angeles in California.

We lack detailed data about his parents’ names or the type of job they do. We also do not have information about his family background and his childhood days.

He fell in love with music in his childhood and early days. His interest in music began to grow and he began to learn from a very early age.

Blackbear was initially known as a rookie rock-leaning singer and songwriter, but when he co-wrote Justin Bieber‘s “Boyfriend” his musical journey took another round.

After “Boyfriend”, he established himself as a rapper and more R&B-oriented singer. While he was in high school, his music career began. He was in a rock band called Polaroid where he was a singer.

The band released one album named ‘Paint the Town’ and also one Extended Play named ‘Inside and Out’. To start off his own solo career, he left the band. And soon he came up with his first extended Play ‘Brightness’ in 2010.

In April 2011, he came up with the EP ‘Foreplay’. The same year October, he released his debut mixtape ‘Sex’. In 2014, he released ‘Afterglow’ which is his other EP.

Blackbear released his first full-length album, ‘Deadroses’ in February 2015. The album includes ten tracks. One of the singles titled ‘Idfc’ is a major success from the album.

In the same year, he released his second album ‘Help’. In 2017, Blackbear issued his third full-length album, Digital Druglord.

Also read: Travis Mills an American recording artist from Riverside is now stepping into Acting. Explore more on him!

Blackbear is in a relationship with Sydney Carlson (YouTuber and Instagram star). The exact date of their relationship has not been revealed.

They have been also been seen several times in the public and media. However, there has not been any news about their conflicts and disputes in the media. It seems they are enjoying their relationship they keep uploading their pictures on social media.

Blackbear is an American singer, songwriter, and hip-hop recording artist. So far, he has collaborated with several famous artists including Justin Bieber, Mike Posner, Pharrell Williams, Machine Gun Kelly, and a few others. He rose to prominence as he co-wrote “Boyfriend” by Justin Bieber which later peaked at number two on the Billboard Hot 100. more bio…

Sydney Carlson is a popular American YouTuber as well as a beauty guru. She regularly posts various beauty, fashion, and lifestyle videos on her channel. Currently, she has earned over 111k subscribers on her channel and almost 4 million views. Additionally, she is also an Instagram star with more than 331k followers. more bio…

Britney Spears posts video of her backflips on her Instagram and her fans are thrilled!
Tags : American singer Hip-Hop artist Songwriter