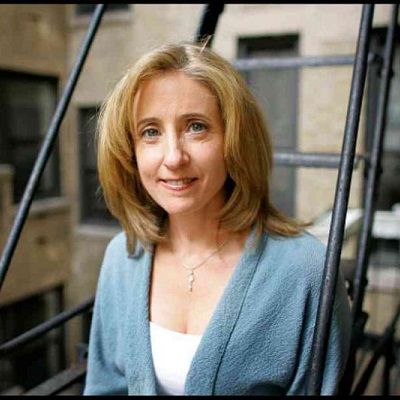 Previously, she was married to TV personality, Bill Nye. The marriage took place on the 3rd of February 2006, in the presence of the pastor, Rick Warren. In the ceremony, at the Skirball Cultural Center in Los Angeles, Yo-Yo Ma delighted with his music.

However, their relationship didn’t last as long. They divorced after seven-week with a very rough term. However, the reason behind it is still a mystery.

Who is Blair Tindall?

Blair Tindall is an American Oboe musician and author. Tindall is renowned as Usher of Mozart in the Jungle.

Last, in 2018, she published her latest book, Ink to Screen.

Blair Tindall was born on the 2nd of February 1960 in Chapel Hill, North Carolina to George Tindall and Blossom McGarrity Tindall. They are of British ancestry.

She graduated from the North Carolina School of Arts in Winston-Salem. During junior school, she started music by playing the piano. However, she had to switch to playing Oboe.

Later, she graduated from Stanford University with Honors in Communication. She also joined Columbia University.

Blair started her career as a professional musician during her University days. At the time, she earned her living by performing in San Franciso Symphony along with the San Francisco Contemporary Music Players as a soloist.

After that, she played along with the musical groups like New York Philharmonic, Orpheus Chamber Orchestra. Along with Orchestra of St. Luke’s, she was nominated for Jazz Grammy for her solo debut at Carnegie Recital Hall.

In 1990, she started providing music in movies with the movie, Mr. & Mrs. Bridge. Some of her movies as a musician along with the year is-

However, she ended her career as a musician in 2005.

She started writing for newspapers like The New York Times, Agence France-Presse, and the Los Angeles Times.

She also joined Stanford as the Journalism and music professor.

In 2005, she launched her first book, Mozart in the Jungle. National Public Radio named the book as the top five stories of the year.

Based on the book, the TV series, Mozart in the Jungle was produced featuring casts like Lola Kirke, Gael García Bernal, and Saffron Burrows. With the series, she was associated as an actress and scriptwriter. The series, she earned two Golden Globe as Best Television Series and Best TV actress.

Apart from that, she also earns through her books.

In 2007, she broke into Bill Nye’s house and stole his things violating the restraining order from the court. She also used his laptop to send several calumnious emails. She even damaged his garden with herbicide.

After that, she was alleged to threaten him but she denied the allegation. In 2009, she was ordered to pay $57k which was his legal expenses.

In 2012, she was again sued by Bill as Blair was unable to pay the amount.