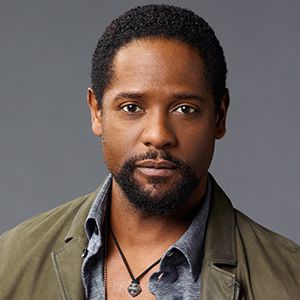 It's so easy to sell your soul or sell out or cop out, and what it really comes down to is choices. If you have some kind of game plan or at least a faith in your ability, it doesn't matter if this town validates you or not because you're already validated by your gifts. I just try to stay focused on what I have to offer.

Blair Underwood is a married man. He married Desiree DaCosta on September 17, 1994. His wife is an executive assistant by profession.

Who is Blair Underwood?

Blair Underwood is an American television, film, and stage actor and director who has played the role of attorney Jonathan Rollins on the NBC legal drama L.A. Law for seven years.

Likely, he has also appeared in The New Adventures of Old Christine, Dirty Sexy Money and In Treatment, The Event, Quantico, and Andrew Garner in Agents of S.H.I.E.L.D.

Blair was born in Tacoma, Washington, the United States on August 25, 1964, age (54). He is the son of Frank E. Underwood, Sr (father), and Marilyn Ann Scales Underwood (mother).

His father was a United States Army colonel and his mother was an interior decorator.

He attended the School of Drama, and he attended Petersburg High School. He finished his education from Carnegie Mellon University.

Blair Underwood debuted her film career from Krush Groove, during 1985 he appeared on The Cosby Show landed him a short stint on the ABC soap opera where he also appeared from 1987 to 1994.

During 1996 he was featured in the July issue of Playgirl. He also appeared in the 1987’s TV series 21 Jump Street aside from a young Johnny Depp on episode “Gotta Finish the Riff.”

He started her film career began with roles in Just Cause (1995), Set It Off (1996) and Deep Impact (1998).  During 2000, he also played the lead role in the short-lived television series City of Angels. Similarly, in 2003, he guest-starred in four episodes on the HBO series Sex and the City playing Cynthia Nixon’s love interest.

Likewise, in 2004, he also played the role of Roger De Souza opposite Heather Locklear in NBC’s LAX. He also gained acclaim as the sexy grade school teacher in the CBS sitcom The New Adventures of Old Christine opposite Julia Louis-Dreyfus for two years.

During 2007, he guest-starred in an episode of the NBC series Law & Order: Special Victims Unit. He also played the character, Alex, in the first season of the HBO series In Treatment.

He was nominated for Golden Globe Awards for Best Performance by an Actor in a Supporting Role in a Series, Miniseries or Motion Picture Made for Television for In Treatment (2008), L.A. Law (1986).

He has an estimated net worth of around $8 million and he has accumulated that sum of money from his professional career.

The actor has maintained his celebrity status and has not harmed anybody to date in his career. And, also he has not been involved in any types of rumors and controversies.

The handsome actor stands with the perfect height of 5 feet 11 inches. Additionally, he weighs is 79 Kg. He has black colored eyes and likely, black colored hair.

Blair Underwood is active on different social media platforms. He has 139 K followers on Instagram. Likely, he has more than 263K followers on his Twitter account. And he has 9.96K likes on his Facebook page.

To know more about Rachael Bush, Alex Ramos, and Ringo Starr, please click on the link.