Posted on November 24, 2022 | Published By: Natalie | In Divorce , Engagement , Relationship
Share this 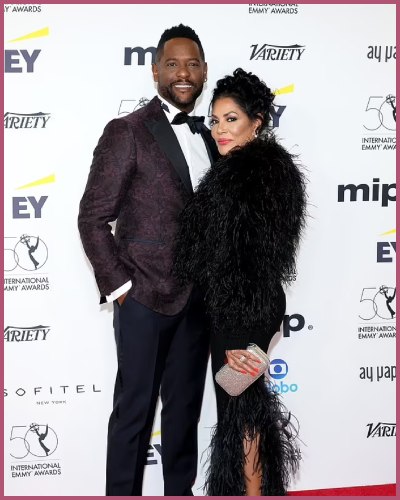 Congratulations are in order for Blair Underwood and Josie Hart who recently announced the news of their engagement.

The good news comes just 18 months after the actor got divorced from his wife Desiree DaCosta. He shared his joy on Instagram and added how happy he was to soon tie the knot with his friend of 41 years.

‘My personal highlight was walking the red carpet with my new fiancée Josie Hart.’

Underwood gushed to his fans:

Looking toward a positive future, he said:

‘The future is crazy-bright Girl! None of us ever know where God will guide our paths.’

The actor also noted how strong their friendship was even before their relationship started. He said:

‘She’s had my back since before I even became an actor.”

‘When a 41 year friendship slaps you in the back of the head & blossoms into romance, you stand up, pay attention & step forward in gratitude. Gently forward. It begins! #trinilife.

Blair explained how his parents’ relationship restored his faith in love

Underwood married DaCosta in 1994. It was the same year when his hit legal drama LA Law came to an end after being aired for 8 seasons.

Their 27-year-long marriage came to an end on May 31, 2021, which shocked fans everywhere.  They even issued a joint statement that read:

‘After a tremendous amount of thought, prayer & work on ourselves individually & collectively, we have come to the conclusion to end our marriage that began 27 years ago.’

‘Our proudest achievements are our three children. Three souls to which God entrusted us. We continue to be awed & humbled by the blessings of parenting.

‘We have always put their best interests first & will continue to do so. We will continue to be the best of friends and co-parents and have the utmost respect for one another as we embark on this new chapter of our lives, separately.”

The two also assured fans that they would remain best friends and continue to look after their three children, Paris, 25, Brielle, 23, and Blake, 21.

Blair also thanked his fans for the support they provided him and his family and asked for privacy and understanding during the difficult time.

The Set It Off actor also reflected on his parents’ decades-long marriage and revealed how their marriage taught him that relationships can be enduring and powerful. He also called his parents his heroes in love.

He further noted that he grew up watching his dad work hard for his family and how that inspired him to be his wife’s rock and protector.

‘If she had a problem, I wanted to solve it. I thought that’s what was expected of me,’

A vulnerable conversation with his ex-wife, however, made him realize that she only needed him to listen when she vented and not fix all her problems.

”I was relieved she didn’t expect me to always have an answer for her. She wasn’t coming to me for a repair.”