Blake Griffin is one of the richest NBA player. Blake is currently in a relatinhship.

Reflecting on the personal life of Blake Griffin, he was previously in a relationship with Bethany Gerber and Kari Klinkenborg.

He was also in a relationship with Daniella Grace from the year of 2012 which soon ended in 2013.

Latest, he was dating Brynn Cameron. The couple started dating in 2011 and has been blessed with two children, Ford Wilson(son) and Finley(daughter).

They had got engaged as well. But in September 2017, the news was that he and his fiancee, Brynn has separated.

The reason for their split is said to be his closeness with Kendell Jenner. His ex, Brynn said that they have ended their relationship in good terms and are still on talking and friendly to take care of their children. 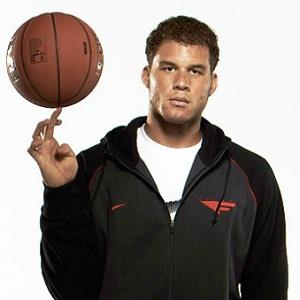 “Some people are so poor, all they have is their money.”

“Every season is so much different and you go through your ups and downs, you figure your team out, you get to play against great teams. Some of the best competition there's been since I've been in the league. Just every night, night in and night out we get to play against the top guys, the top teams. It's a lot of fun.”

“You always want to be better than you are. No matter what, I think that's important.”

Who is Blake Griffin?

Tall and handsome Blake Griffin is an American NBA player who plays for Detroit Pistons. He is best known as a player from Los Angeles Clippers wearing jersey number 32. He has been a five-time NBA All-Star.

Professional basketball player Blake Griffin was born in Oklahoma City, Oklahoma on 13 October 1977. He is of African-American ethnicity and has an American nationality.

His birth name is Blake Austin Griffin. He is the son of Tommy Griffin(father) and Gail Griffin(mother). He has a brother named Taylor Griffin.

Previously, he was home-schooled by his mother, and later he joined Oklahoma Christian School where he played under his father as a head coach.

After completing his schooling he attended Oklahoma College from where he swept away all six of the national player of the year awards in his sophomore year. He was also named Player of the Year by Big 12, Sports Illustrated, The Sporting News, and FoxSports.com.

Talking about the career journey of Blake Griffin, he started playing basketball professionally after being selected by Los Angeles Clippers in the 2009 NBA draft. He is active in the sports field since 2009 and he is still playing for the Clippers.

He played for the Clippers’ Summer League Team where he was named Summer League MVP for his outstanding performance. He missed several of his matches the surgery he had for his broken left kneecap in January 2010.

On 10 July 2012, he extended his contract with Clippers with $95 million for 5 years. He was also selected for Team USA in the London Summer Olympics but was removed due to his knee injuries. He mostly plays as a power forward which results in numerous highlight dunks.

Besides his NBA career, he has also appeared in a commercial for companies like Kia, Subway, and Vizio.

Blake is one of the highest-paid athletes in the world. His success in career path has paid him well financially making his net worth $110 million.

Whilst his salary is $34 million per annum.

He lives in a 10,000 square feet double-story house worth $5.9 million in LA. It is a traditional/quasi-colonial style and includes formal living and dining rooms, a media room, a kitchen, and a family room with a fireplace and large windows. Likewise, it also has a pool with a spa, a gym, a billiards room, and a wine cellar.

Blake co-owns NFL’s Matt Kalil which is a production company.

He is rumored to have hooked up with Kate Upton in the year 2013.

He has Light Brown hair and Dark Brown eyes.

Also get to know more about the birth facts, education, career, net worth, rumors, height, and social media of different personalities like Byron Scott, Ian Whyte, and Kent Bazemore.