According to various websites, Blake Jeremy Collins is possibly single right now. There have been no details of his past relationships. As for now, he seems to be single and living his life quite simple and uptight. 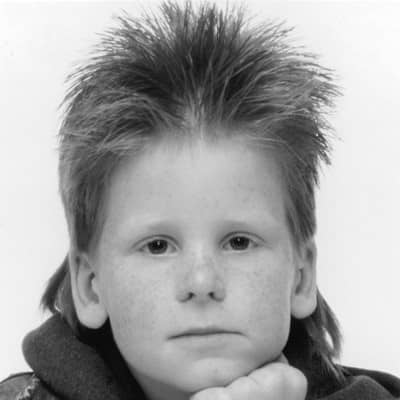 Who is Blake Jeremy Collins?

Blake Jeremy Collins is an American former actor who is best known as Woim on ‘The Little Rascals’.

Furthermore, he left acting in the year 1999, and currently, he is a second assistant camera operator on “All American.”

His parent’s name is not available as he has not talked about them. Moreover, the details about his siblings are also not out yet. Likewise, he was interested in acting since age 5 and started acting at the age of 9.

He has an American Nationality and his horoscope sign is Taurus.

Before making his public appearances on TV he has appeared in some theaters and small-school programs. He was first featured in his first family comedy film ‘The Little Rascals’ which helped him to gain immense popularity.

Later, he gained fame and recognition as Scott in the TV series Minor Adjustments in 1995. Furthermore, he was seen in ‘Men Behaving Badly’, ‘The Fanatics’ and ‘Richie Rich’s Christmas Wish’.

Likewise, 7th heaven is his last film as he has left acting since the 1999 movie. He left acting when he was 14 years old because he wanted to live a normal teenage life. Currently, he works as a second assistant camera operator on “All American.”

He didn’t win any titles, honors, or awards during his 6 years long acting career.

He has not revealed his salary and there is not much information about his net worth too.

Not much is revealed about his personal details and current professional life. Thus, there are no rumors and controversies about him.

Blake stands 6 feet and 4 inches tall and his weight is moderate. He has blonde hair and blue eyes.

Collins is not active on social media. He seems to be not fond of online platforms.