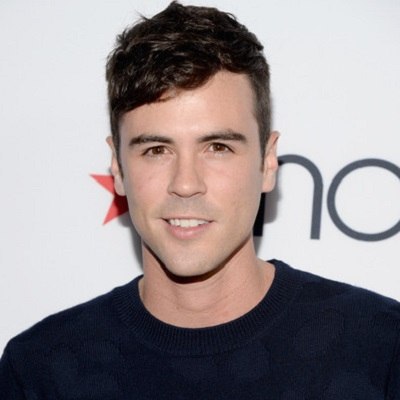 Blake Lee is married to Ben Lewis. The couple exchanged vows on the 17th of January 2016.

They first met each other in not so romantic situations as they first encountered in the bathroom of Grauman’s Chinese Theatre minding his own business. However, he caught Ben in the mirror looking at him. At the time, he introduced himself as an actor. Eventually, they started dating each other and fell in the love.

Who is Blake Lee?

American Blake Lee is an actor. He is renowned as Tom of Mixology, Josh Novak of Wisdom of the Crowd, and Ben of Fam.

Next, he will appear in the TV series, Cruel Summer. Currently, the series is being filmed. Also, his next short, Deb is in the stage of the post-production. In the short, he is portraying the character of Albert.

Blake Lee was born on the 31st of August 1983 in Miami, Florida, United States. He is of British ethnicity.

Till the date, he has not shared the names of his family background including his father, and mother. However, he shares a very strong bond with his parents.

He often shares pictures of his mom and dad on Instagram. Also, he has shared the picture of her elder sister, Holly Zawyer. She is a managing director of Zap Water Miami. Details on his academics are not available.

Blake Lee started his career as an actor with the movie, Everybody Wants to Be Italian. In the movie, he was present as an uncredited cast member. Moving forward, in 2009, he portrayed the character of Derek in the movie, The Pig People.

However, he first earned attention as an actor with the TV sitcom, Parks and Recreation. His appearance in the series was only limited up to the seven episodes only. Following that, he featured the series like Friends With Benefits, and short, The First Step.

Moving forward, in 2014, he appeared in the series, Mixology as Tom. His appearance in the series became one of the milestones in his career. In the movie, he portrayed the character of a man who has been dumped her fiancee. After that, he featured movies like Mix, The Wedding Party, and Good Fortune.

Following those movies, he became the part of the series like Wisdom of the Crowd, Overthinking with Kat & June, and Fam which happens to be one of the major successes of his career.

Recently, there has been an announcement that he will shares his screen with his spouse, Ben Lewis in the LGBTQ holiday movie named, A Christmas Set Up. In the movie, Lewis will be appearing as a New York lawyer who is traveling back to his hometown, Milwaukee, Wisconsin. Whereas he will act as the High School friend of Lewis.

Blake Lee has brown eyes with brunette hair. He stands at a height of 6 feet and weighs around 80 kg with an ectomorph body type.

Talking about his appearance, he has a charming persona with an oval-shaped facial structure. Also, he prefers to be clean shaved.

Till the date, he has not been through any sort of controversy and scandals that created a buzz in the media. Besides that, he has managed to maintain distance from any type of rumors.

The late Amy Winehouse’s ex-husband ‘scumbag’ Blake Fielder-Civil has sued her parents for a £1million stake in her fortune!