Blake Lively and Ryan Reynolds welcomed their third baby? Know about the family of five 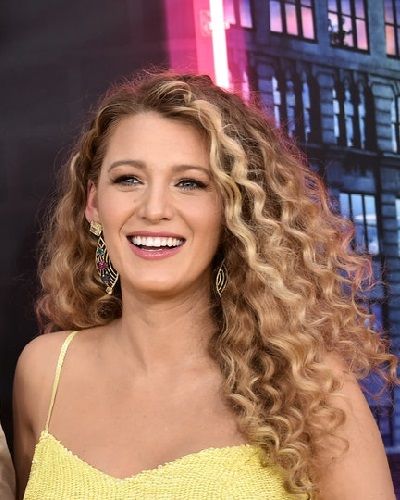 The American actress Blake Lively and Ryan Reynolds treated their fans and well-wishers with good news. The couple welcomed their third child over a month ago. Previously, they were blessed with two children and the family has got bigger with the arrival of the third child.

Even though the baby arrived more than a month ago but the gender and name of the baby are yet to be revealed. Both Blake and Ryan are secretive about their third child and have not personally confirmed the birth of the third child.

Also, read Blake Lively pokes fun at self about her weird outfit and talks about her happy marriage with Ryan Reynolds!

In 2019, the beautiful actress did not attend Met Gala. The reason for it might be her pregnancy. Similarly, she has kept her social media presence very minimal during pregnancy. She even did not announce her pregnancy until she attended the premiere of her husband’s film “Detective Pikachu”. The news of her pregnancy was known during the time of May. On the photos of the premiere, she captioned,

Not only that, but her husband also shared some candid pictures of her pregnancies on his Instagram. The photos were posted as a tribute to her birthday which was in August. He wrote,

They were happy to be the parent of their third child. Likewise, they were thrilled to expand the family again. They even revealed that they would be a parent to a dozen kids if they could.

At around 2016, Blake hinted about wanting a big family saying,

“I’m one of five kids. My husband is one of four, so we’re officially breeders. You can go on our website and we will give you some of our children.”

The family of five

Blake Lively met her soulmate Ryan Reynolds in early 2010. At that time, they were filming “Green Lantern”. Ryan was her co-star. Around October 2011, there were speculations made about their dating. They were dating each other and married a year later on 9th September 2012.

Their marriage was held at Boone Hall Plantation in Mount Pleasant, South Carolina. In December 2014, their first daughter James was born. Similarly, in September 2016, their second daughter Inez was born. The gender and name of their third child are yet to be revealed.

Blake and Ryan are a happy parent of three children and resides in Pound Ridge, New York in Westchester Country.

Also, read It’s Gonna Be Hot Here!! Here Is The List Of The Hottest Handsome Hunk Of Hollywood; Charlie Hunnam, Zac Efron, Ryan Reynolds, And Many More Comes To The List

Blake Lively is an American actress. People mostly know her for playing Serena van der Woodsen in the CW drama television series ‘Gossip Girl.’ Additionally, she has also appeared in several other movies including ‘The Sisterhood of the Traveling Pants’, ‘The Age of Adaline’, and ‘A Simple Favor’ among others. See more bio at…

Ryan Reynolds is a Canadian actor. He has portrayed Michael Bergen on the ABC sitcom Two Guys and a Girl in 1998-2001. See more bio at…

Angelina Jolie opens up for the first time regarding her emotions and feelings while divorcing her ex-husband Brad Pitt!
Tags : A Simple Favor Actress Gossip Girl