Blake Manning is a model and an internet personality

Blake Manning has maintained a private life when it comes to his relationship status. He might be hiding his girlfriend from the media or might be single at present.

Nevertheless, his relationship status is unknown. 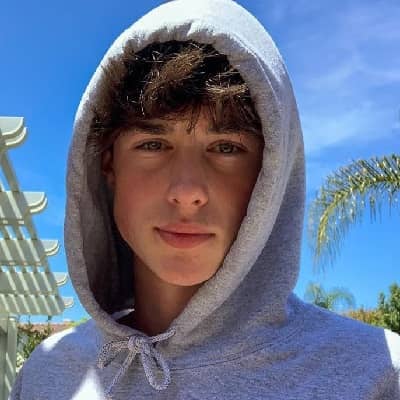 Who is Blake Manning?

Blake Manning is a model and an internet personality. He is best known for the lip-syncing, dance, comedy, and everyday life content that he uploads to his TikTok account titled blakethegoatt.

This star was born and brought in The United States of America. His birth date is April 15, 2005. He is of American nationality and is of English-Irish ancestry.

Yet being a rising Tik Tok star, there is not much information about his father, mother, and siblings. Blake has two siblings; Chase Manning, his younger brother, and Dylan Manning, an older brother.

Growing up, he was an athlete and has also trained as a baseball and basketball player. He has also planned to play Division One basketball in college.

He might be studying in certain high schools but details of it are still under the curtains.

Blake is now a rising Tik Tok star. He started posting different lip-syncing, dance, comedy, and everyday life videos that were loved by the audience. His videos were trending and in a short span of time, he gained much popularity.

As of now, he has 69 million likes and more than 2 million followers on his TikTok account titled blakethegoatt.

Likewise, he started his own youtube channel on October 7, 2017. His popular videos on the channel were Q&A with Blake Manning, Ellie Zeiler Collab & Sports Trivia Game| Blake Manning, Manning Bros, and Spider drill.

The TikTok star is also a model and represented by  LA Models Management and Slash Mgmt. Blake has his own official merchandise on the bonfire when he sells a different set of clothes, cups, and related accessories.

Apart from social media fame, he is also an athlete. He has various training in baseball and basketball and also used to play it.

He also has his own merch on the bonfire. Furthermore, he also endorsed and promoted various brands including Curology and Fashion Nova.

Up to now, the star hasn’t been part of any rumors and controversies. He is now more focusing on building his career.

Similarly, he has dark brown colored hair with a beautiful pair of green eyes.

Being a social media star, he has a good fan following on his social accounts.  He has around 300K followers on Instagram and has around 2M followers and has more than 69M likes on his TikTok account.