People mostly know her for playing Kayla  in the TV series ‘StartUp.’ 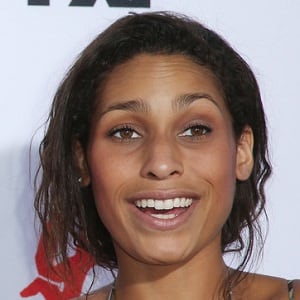 Blake Perlman has kept most of the information about her personal life away from the media spotlight. At present, she is believed to be single.

Who is Blake Perlman?

Blake Perlman is an American actress and singer. People mostly know her for playing Kayla  in the TV series ‘StartUp.’ Additionally, she has appeared in several other movie and television series like ‘Hand of God’. ‘Asher’, and ‘Pottersville’ among others.

Perlman was born in the United States as Blake Amanda Perlman on January 7, 1984. She was born to parents Ron Perlman and Opal Perlman. Additionally, she has a brother Brandon Avery Perlman. Blake is the granddaughter of Bert Perlman and Dorothy Perlman. She is of American nationality. Furthermore, there are no details available about her ethnic background at present.

Talking about her education, no information is available relating to Perlman’s educational background.

Perlman initially appeared in the movie ‘Bert Perlman, Dorothy Perlman’ in 2008 as a Newscaster. In addition, she had the role of Steve’s Girlfriend in the movie ‘Acts of Violence’ in 2010. She also appeared in the TV mini-series ‘Project Reality’ in 2013. Since then, she has appeared in numerous other movies and television series. All in all, she has over 10 credits as an actress.

Some other movies and television series that Perlman has appeared in are ‘StartUp’, ‘Asher’, ‘Pottersville’, ‘Hand of God’, ‘All Nighter’, ‘Deadbeat’, and ‘Archer’ among others. Furthermore, apart from her career in acting, Blake is also a singer. She has provided soundtracks for projects including ‘Skin Trade’ and ‘Sons of Anarchy.’ She also voiced the character Sunshine in the 2017 video game, ‘LawBreakers.’

Perlman has not been liked with any award nominations in her career to date.

Perlman has not revealed her current salary. Furthermore, there are no details available about her estimated net worth.

Talking about her body measurement, there are no details available about Perlman’s height and weight. Her hair color is dark brown and her eye color is brown.