Blake Ritson is engaged to Hattie Morahan. The pair met at Cambridge University.

Currently, they live in North London. They have welcomed their daughter in August 2016.

Furthermore, they have not married yet but are planning to get married soon. 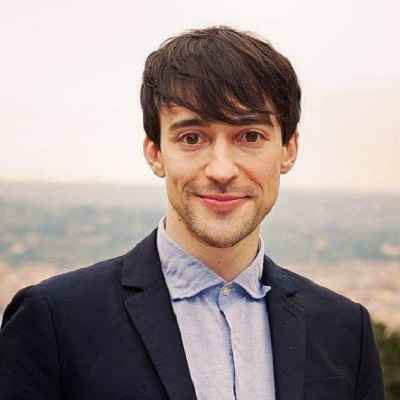 Who is Blake Ritson?

Blake Ritson is an English actor and director. Also, he is a well-known entertainer in the entertainment industry.

Blake Ritson was born on January 14, 1978, in London, England. As of now, he is 44years old. Talking about his nationality, he holds a British identity.

He has not shared anything relating to his personal life and has kept secrets about his family background. Furthermore, he has one brother named Dylan Ritson

Before enrolling at St Paul’s School in West London on an academic scholarship, he attended the Dolphin School in Reading, Berkshire, until 1993.

He later went to Jesus College, Cambridge, to study English and Medieval Italian, and graduated in 2000.

Blake Ritson acted on stage and screen as a student, at the National Theatre, playing Paul Etheridge in White Chameleon, Fleance in Macbeth, and Augustus in Tom Stoppard’s Arcadia (1996) in productions directed by Richard Eyre and Trevor Nunn.

In recent years, Ritson has gained popularity for his roles as King Edward III in the BBC miniseries World Without End (2012), the Duke of Kent in Upstairs Downstairs (2010–2012), Mr. Elton in the 2009 BBC adaptation of Emma, Edmund Bertram in the 2007 ITV adaptation of Mansfield Park, Giles Vicary in the BBC series Red Cap, and sidekick Robert Presley in A Touch of Frost.

He also co-produced and portrayed Justin in The League of Gentlemen, Idek in God on Trial, and the comic lead in For Elsie, an Oscar-winning short film. In David Goyer’s Da Vinci’s Demons, he likewise played the major adversary in 2013.

He starred in the Big Finish remake of the cult adventure series Adam Adamant Lives! in 2020. He’d also lent his voice to the company’s other projects. Ritson played Oscar Van Rijn in HBO’s The Gilded Age in 2022.

Blake Ritson collaborates on writing and directing alongside his brother, Dylan. Out of Time, a short film directed by the brothers was their first project. The film earned the Global Audience Award at the first CON-CAN Movie Festival, starring Mark Heap and Raquel Cassidy.

More More More, a short film featuring Mark Gatiss from The League of Gentlemen was a runner-up in the Turner Classic Movies Competition. Love Hate, their third film, was shot in 2009 and starred Ben Whishaw and Hayley Atwell.

The Ritson Brothers were chosen for the front cover of Stars of Tomorrow 2009 by Screen International.

His acting job provides the majority of his overall wealth.

According to sources, he earns between $2 million and $5 million each year, while his exact salary, income, and earnings have yet to be revealed.

Throughout his professional career, Blake has not involved himself in any kind of controversy yet. However, he has maintained a clean image to the public and appears to be avoiding unwanted scandals and rumors.

Ritson stands tall at a height of 5 feet and 10inch and weighs around 75kgs. Moreover, he has a fair skin tone with a pair of brown eyes and light brownish hair color.

Moreover, there are many fan-based accounts of Blake Ritson.